Click Here to Remove All Ads
Source: The Guardian
NYT: "The Obama administration made common cause with the House Republican leadership" 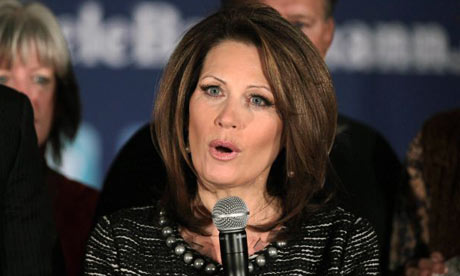 One of the worst myths Democratic partisans love to tell themselves -- and everyone else -- is that the GOP refuses to support President Obama no matter what he does. Like its close cousin -- the massively deceitful inside-DC grievance that the two parties refuse to cooperate on anything -- it's hard to overstate how false this Democratic myth is. When it comes to foreign policy, war, assassinations, drones, surveillance, secrecy, and civil liberties, President Obama's most stalwart, enthusiastic defenders are often found among the most radical precincts of the Republican Party.

The rabidly pro-war and anti-Muslim GOP former Chairman of the House Homeland Security Committee, Peter King, has repeatedly lavished Obama with all sorts of praise and support for his policies in those areas. The Obama White House frequently needs, and receives, large amounts of GOP Congressional support to have its measures enacted or bills its dislikes defeated. The Obama DOJ often prevails before the US Supreme Court solely because the Roberts/Scalia/Thomas faction adopts its view while the Ginsburg/Sotomayor/Breyer faction rejects it (as happened in February when the Court, by a 5-4 ruling, dismissed a lawsuit brought by Amnesty and the ACLU which argued that the NSA's domestic warrantless eavesdropping activities violate the Fourth Amendment; the Roberts/Scalia wing accepted the Obama DOJ's argument that the plaintiffs lack standing to sue because the NSA successfully conceals the identity of which Americans are subjected to the surveillance). As Wired put it at the time about that NSA ruling:

"The 5-4 decision by Justice Samuel Alito was a clear victory for the President Barack Obama administration, which like its predecessor, argued that government wiretapping laws cannot be challenged in court."

The extraordinary events that took place in the House of Representatives yesterday are perhaps the most vivid illustration yet of this dynamic, and it independently reveals several other important trends. The House voted on an amendment sponsored by Justin Amash, the young Michigan lawyer elected in 2010 as a Tea Party candidate, and co-sponsored by John Conyers, the 24-term senior Democrat on the House Judiciary Committee. The amendment was simple. It would de-fund one single NSA program: the agency's bulk collection of the telephone records of all Americans that we first revealed in this space, back on June 6. It accomplished this "by requiring the FISA court under Sec. 215 [of the Patriot Act] to order the production of records that pertain only to a person under investigation."

Related Topic(s): Debate; Democratic; NSA; Republican; Spying; Surveillance, Add Tags
Add to My Group(s)
Go To Commenting
The views expressed herein are the sole responsibility of the author and do not necessarily reflect those of this website or its editors.