There are clear steps we can take now to ensure fair and functional elections in November -- but time is quickly running out. 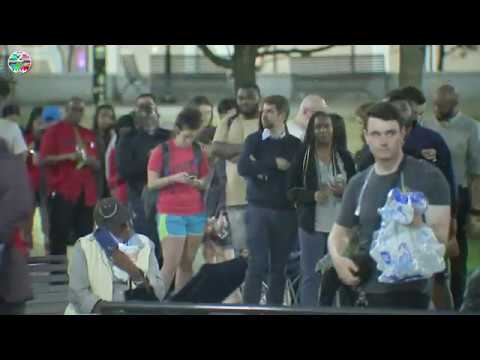 Like many Americans, Joe Biden is skeptical about President Trump's respect for democracy. "Mark my words: I think he is gonna try to kick back the election somehow, come up with some rationale why it can't be held," Biden said at an online fundraiser in late April. He's right to worry but wrong about how Trump's inclination toward voter suppression will manifest itself this fall. It would take an act of Congress -- including the Democratic-controlled House -- to upend the federal law that requires general elections be held on the first Tuesday after the first Monday in November.

But that does not mean Trump won't try to mess with the elections, in which, polls suggest, he and Republican Senate candidates are now vulnerable. This president thrives on chaos and fear, and the Covid-19 pandemic has created plenty of both. The virus that led 16 states to postpone primaries this spring could resurface in time to disrupt the November elections. In many states, that disruption could depress turnout -- a prospect that seems to appeal to Trump, who recently complained that if voting was made easy, "You'd never have a Republican elected in this country again." How far might Trump and his minions go? After Republicans blocked efforts to organize safe and fair Wisconsin elections on April 7, state Democratic Party chair Ben Wikler warned of a GOP that "remorselessly weaponizes courts, election laws, and the coronavirus itself to disenfranchise the voters who stand in its way."

Democrats can act now to avert chaotic, low-turnout fall elections. Stacey Abrams, the 2018 Georgia gubernatorial candidate who now leads the voting rights group Fair Fight, says, "No. 1, we have to have vote-by-mail." Building on existing vote-by-mail and absentee ballot rules, she says, "We simply have to scale it so that every state can execute it at the level necessary for a country in crisis, and that is doable."

Related Topic(s): Democracy; Digital Voting Machines; Election; President; Vote-by-mail; Voting, Add Tags
Add to My Group(s)
Go To Commenting
The views expressed herein are the sole responsibility of the author and do not necessarily reflect those of this website or its editors.