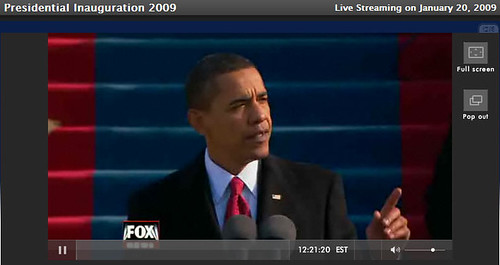 "The nationalist not only does not disapprove of atrocities committed by his own side, but he has a remarkable capacity for not even hearing about them."
-George Orwell

I've certainly had my share of run-ins with Democratic Party apologists, the ones who insist that all the evils of today's world are Bush's fault, and who are impervious to contrary evidence. As if seven-and-a-half years of Obama's imperial reign simply didn't happen, or worse yet, that Obama is just a passive victim of circumstance. He's merely responding to the big bad Bush world, and can only do positive things.

This is the mindset over at places like Mother Jones. You can post damning comments from Obama's own Vice President, and yet those will not sink in. At all. The cognitive dissonance is beyond controllable levels. No truth shall pass.

"[Erdogan"the Saudis, the Emiratis, etc.]"poured hundreds of millions of dollars and tens of thousands of tons of weapons into anyone who would fight against Assad, except that the people who were being supplied were al-Nusra, and al Qaeda, and the extremist elements of jihadis coming from other parts of the world."

Biden was told to shut up and to apologize immediately for telling the truth. Nothing was done about Erdogan, the Saudis, the Emiratis etc., except to send them more arms, such as those used to massacre the civilians of Yemen. Joe Biden thought he was informing the next generation of imperial technocrats, the Harvard graduating class, but apparently, they don't yet possess the required security clearances to be shown the true inner workings of the empire.

The problem today is that radical fundamentalist Sunni Jihadis are willing to murder crowds and blow themselves up in the process. This was easily predicted, and little events like 9/11 may have pointed in that direction from the start. These Islamists are dedicated, well-trained, experienced in combat, and now spilling out across the world, as Syria becomes less tenable for them (mostly thanks to the Russians).

In Syria, they are proxy armies, much the same as those supported by our CIA in the Mujahadeen of the 1979-1989 Afghan War (launched by Democrat Jimmy Carter). There's already a long history of using these types of people and having "allied" nations provide much of their weapons, money, and training to wage war covertly. It is a formula, a very successful formula. The people entrenched in the bowels of the American Empire credit this formula with bringing down the Soviet Union! Of course they'd do it again, and again, and again.

Now in 2016, American foreign policy has aided and abetted these ISIS terrorists for years. The buck stops at the Oval Office of Barack Obama. Most deluded Democrats are incapable of comprehending this, and they never will no matter the evidence.