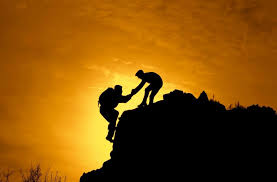 In the Merriam-Webster dictionary humanity is defined as "compassionate, sympathetic, or generous behavior or disposition : the quality or state of being humane."

Wikipedia defines humanity as, "avirtue associated with basic ethics of altruism derived from the human condition. It also symbolizes human love and compassion towards each other."

The Abrahamic man-made "revealed" religions all claim to be humane, yet they promote the belief that God is cruel, jealous and genocidal. This ungodly religious belief in God gives a green light to the faithful followers of the Abrahamic "revealed" religions to unleash religious violence against non-believers, and even against people in different sects of the same religion. The inhumanity of religious sect versus religious sect religious violence is seen in the 30 Years' War which was fought by the Christian sect of Catholics and the Christian sect of Protestants. The 30 Years' War devastated Europe and caused the deaths of eight million people. Today we see this same religious inhumanity in the Islamic Sunni sect and the Islamic Shia sect waging brutal religious war against each other in the Middle East.

One primary reason there is a real conflict between religion and humanity is because religion is devoid of altruism. Take Christianity for example. Every time believers are taught to do something that would help someone else, such as feeding the poor, it is so the believer will receive a reward from God. Doing good is never done simply because it is the right thing to do and will help someone else.

Another religious wall against humanity is ambiguity. All of the "holy" books are overflowing with ambiguity. A good example of this is found at Exodus 23:9. It claims God told the Jews, "Also thou shalt not oppress a stranger: for ye know the heart of a stranger, seeing ye were strangers in the land of Egypt." Then, at Leviticus 25:44-46, it has God telling the Jews the exact opposite. It has God saying to the Jews:

Both thy bondmen, and thy bondmaids, which thou shalt have, shall be of the heathen that are round about you; of them shall ye buy bondmen and bondmaids. Moreover of the children of the strangers that do sojourn among you, of them shall ye buy, and of their families that are with you, which they begat in your land: and they shall be your possession. And ye shall take them as an inheritance for your children after you, to inherit them for a possession; they shall be your bondmen for ever: but over your brethren the children of Israel, ye shall not rule one over another with rigour.

Thomas Paine addressed this problem of ambiguity in religion when he wrote to a Christian friend regarding The Age of Reason. Paine wrote:

In your letter of the twentieth of March, you give me several quotations from the Bible, which you call the Word of God, to show me that my opinions on religion are wrong, and I could give you as many, from the same book to show that yours are not right; consequently, then, the Bible decides nothing, because it decides any way, and every way, one chooses to make it.

With literally BILLIONS of people on our planet Earth today believing in and supporting an Abrahamic "revealed" religion, it's not surprising that humanity and its components of altruism and kindness take a backseat to fear-based religious violence, cruelty and selfishness. As the Deist Voltaire wrote:

Truly, whoever is able to make you absurd is able to make you unjust. If the God-given understanding of your mind does not resist a demand to believe what is impossible, then you will not resist a demand to do wrong to that God-given sense of justice in your heart. As soon as one faculty of your soul has been dominated, other faculties will follow as well. And from this derives all those crimes of religion which have overrun the world.

Deism is by far the very best protection from the anti-humanity "holy" scriptures and the religious violence and cruelty they spawn. This is because everyone has innate reason and everyone currently under the influence of a "revealed" religion believes in God. Deism's promotion of a reason-based belief in The Supreme Intelligence/God connects with people who belong to and support "revealed" religions on both of these important points. Deism enlightens them to the fact that God gave them reason and not religion, and that they must decide if they will embrace what God gave them or what men wrote. Deism is truly liberating and empowering, as it has helped many people to break free of the chains of fear-based superstitions that are promoted by the "revealed" religions.

Bob Johnson is a paralegal and a freelance writer in Florida. He was raised Roman Catholic, but after reading Thomas Paine's The Age of Reason, he became a Deist. In 1993 he founded the World Union of Deists and in 1996 he launched the first web (more...)
Related Topic(s): Belief; Catholic; Children; Christianity; Cruelty; Deism; God; People; Religion; Religion And Values; (more...) Religion None; Religion Other; Support; Violence, Add Tags  (less...)
Add to My Group(s)
Go To Commenting
The views expressed herein are the sole responsibility of the author and do not necessarily reflect those of this website or its editors.