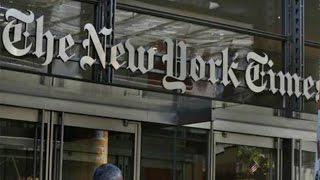 It's alarming that there are far fewer media outlets for consumer protection news and features than there were 30 years ago. Recall the huge Phil Donahue Show, the regional radio show and TV news shows, the television networks and syndicated radio shows that would report and interview consumer advocates about the injustice, rip-offs, and harms done to the consumer by unscrupulous corporations. These shows are largely gone now. Shows marked by fluff, narcissism, trivia, and sensationalist, frenetic news bits are their replacements.

What is disturbing is that the major newspapers -- the Washington Post, the New York Times, and the Wall Street Journal -- are cutting back reporting on the revelations and doings of active consumers, and consumer organizations. Sure, they do occasional features that may gain them big journalism prizes. But the regular coverage of very important consumer struggles with Congress, the White House, the courts, and the state legislatures has vastly shrunken. Moreover, the media, especially TV, is ditto-heading itself with the daily "big story," as with the Trumpian escapades.

Serious readers are left with the New York Times daily Business pages (the Washington Post dropped its separate, daily business section a few years ago). Of late, the editors of the Times business section have been diluting its contents with what two former reporters called a more "business friendly" priority. My attempts to discuss this problem with their news editors have not been answered.

Last Sunday I picked up the weighty Sunday New York Times and went to the business page (business is often defined as stories about sellers, when it should include buyers and consumers). The cover page featured a huge photograph and article titled: "Tiger Is Back, Will Sponsors Follow?"

This article -- straining for justification -- proceeded to sprawl over another half page or more inside. Meanwhile, Tiger Woods hasn't even won a single championship on his asserted comeback. This is not the first time that the business page has attempted to entertain readers with inflated articles that evoke the reader's quizzical response -- "what's this all about?"

Our country is in a midst of a corporate crime wave against consumers, workers, investors, and small taxpayers. Fraudsters are also annually stealing tens of billions of dollars from Medicare, Medicaid, and other government programs. Massive billing fraud and abuse is rampant in the private marketplace as well.

The Pentagon's gigantic annual budget (currently at more than $700 billion) has been unauditable for decades and, according to the Government Accountability Office (GAO) of Congress, is in regular violation of a 1992 law requiring all government departments to provide audits to the GAO.

The ongoing destruction of the freedom of contract, through fine print stripping of consumer rights and remedies to use the courts keeps eroding the value of consumer dollars. Consumers don't deserve this costly irritation.

Courts are restricting consumer access by legislative reductions of court budgets and obstacles presented by what is euphemistically called "tort reform" by the insurance and tort-feasors lobbies.

A trillion dollars of unproductive stock buybacks is coming in the next 18 months so as to increase the stock option value of the corporate bosses' compensation packages. A trillion dollars that can be used for raising low-pay of workers, such as at Walmart, or shoring up company pension fund reserves or investing in R&D or productive enterprise, not to mention dividends to shareholders (individual pension and mutual funds).

It is not as if the business pages are lacking top level urgent conditions to report as news and features which can also provide topics for their editorial pages.

Instead, the business pages are filled with constant technology hype, as with the inflated promotions and data-starved claims by the companies working on the eminently hackable self-driving cars.

There is plenty of personal advice to taxpayers, but very little on the crisis brought about by the Republican Congress starving the IRS's budget where staff is trying to collect a part of the $400 billion in uncollected yearly taxes.

Other trends are disturbing. Their first-class weekly aviation columnist, Joe Sharkey, was dismissed three years ago. Times readers fly a lot and have bushels of complaints about an increasingly tone deaf airline industry -- the sensible Southwest Airlines is a luminous exception. Yet the Times editors felt they could not justify Sharkey's $1,000 weekly remuneration for doing a sterling job.

Related Topic(s): Business Categories; Consumer; Editors; Newspapers, Add Tags
Add to My Group(s)
Go To Commenting
The views expressed herein are the sole responsibility of the author and do not necessarily reflect those of this website or its editors.