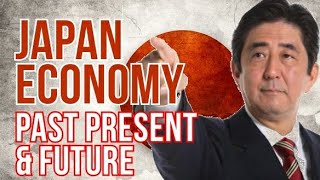 The New York Times ran one of its periodic pieces on how bad things are in Japan. The gist of this piece is that China's economic slowdown is hurting Japan, so Japan may have been mistaken to rely on China as a major export market. As the subhead tells readers:

"A slump in exports raises questions about how effective Prime Minister Shinzo Abe's economic policies would have been without Chinese help."

This is a truly bizarre sort of argument. China has the largest economy in the world on a purchasing power parity basis. It is also very close to Japan geographically. It would be utterly nuts for Japan not to turn to China as a major market for its exports.

Furthermore, most projections show that China's economy is slowing, not going into a recession. But, even if it does fall into a recession, it is unlikely that it will last forever. If China has a growth rate of 5.0 percent annually coming out of the recession (far below its recent pace), it will be by far the fastest growing market in the world in absolute size. Japan's businesses would surely want access to this market.

The piece also paints a dire picture of Japan's economy that is at odds with reality. It comments:

"Longstanding problems like deflation, bureaucracy and a shrinking population added friction to the country's growth.

Japan's rate of deflation has only exceeded 1.0 percent in 2009. With a rate of deflation of 1.0 percent, a $20,000 car would sell for $100 less if buyers waited six months. It is unlikely that many consumers will make that decision. In this respect, it is worth noting that computer prices have fallen at double-digit annual rates for most of the last four decades. This has not impaired sales in the computer industry in any obvious way.

"Japan has the highest level of debt in the industrialized world, so finding money to spend can be difficult."

Actually, Japan borrows long-term at a negative nominal interest rate, meaning that investors pay the Japanese government to borrow money from them. That means finding money to spend is in fact very easy. (Its interest burden is lower as a share of GDP than in the United States.)

More generally, the picture of Japan as an economic basket case turns reality on its head. As I wrote a few months back:

"According to the IMF, Japan's per capita GDP has increased by an average rate of 0.9 percent annually between 1990 and 2018, while this is somewhat less than the 1.5 percent rate in the United States, it is hardly a disaster. In addition, average hours per worker fell 15.8 percent in Japan over this period, compared to a decline of just 2.9 percent in the United States."

The story of Japan's economy being in desperate straits is entirely a media invention, it is not based in reality.

Dr. Dean Baker is a macroeconomist and Co-Director of the Center for Economic and Policy Research in Washington, D.C. He previously worked as a senior economist at the Economic Policy Institute and an assistant professor at Bucknell University. (more...)
Related Topic(s): Decline; Economy; Japanese Internment; Money, Add Tags
Add to My Group(s)
Go To Commenting
The views expressed herein are the sole responsibility of the author and do not necessarily reflect those of this website or its editors.