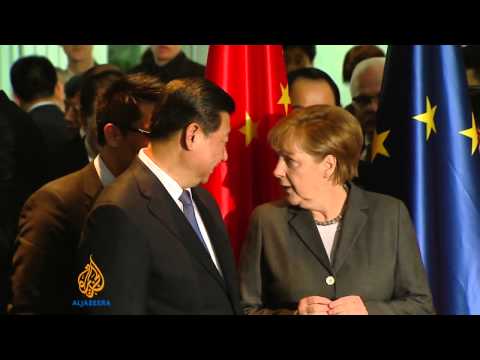 We have seen how China is meticulously planning all its crucial geopolitical and geoeconomic moves all the way to 2030 and beyond.

What you are about to read next comes from a series of private, multilateral discussions among intel analysts, and may helpfully design the contours of the Big Picture.

In China, it's clear the path ahead points to boosting internal demand, and shifting monetary policy towards the creation of credit to consolidate the building of world-class domestic industries.

In parallel, there's a serious debate in Moscow that Russia should proceed along the same path. As an analyst puts it, "Russia should not import anything but technologies it needs until it can create them themselves and export only the oil and gas that is required to pay for imports that should be severely restricted. China still needs natural resources, which makes Russia and China unique allies. A nation should be as self-sufficient as possible."

That happens to mirror the exact CCP strategy, as delineated by President Xi in his July 31 Central Committee meeting.

And that also goes right against a hefty neoliberal wing in the CCP -- collaborationists? -- who would dream of a party conversion into Western-style social democracy, on top of it subservient to the interests of Western capital.

Comparing China's economic velocity now with the US is like comparing a Maserati Gran Turismo Sport (with a V8 Ferrari engine) with a Toyota Camry. China, proportionately, holds a larger reservoir of very well educated young generations; an accelerated rural-urban migration; increased poverty eradication; more savings; a cultural sense of deferred gratification; more -- Confucianist -- social discipline; and infinitely more respect for the rationally educated mind. The process of China increasingly trading with itself will be more than enough to keep the necessary sustainable development momentum going.

Meanwhile, on the geopolitical front, the consensus in Moscow -- from the Kremlin to the Foreign Ministry -- is that the Trump administration is not "agreement-capable," a diplomatic euphemism that refers to a de facto bunch of liars; and it's also not "legal-capable," an euphemism applied, for instance, to lobbying for snapback sanctions when Trump has already ditched the JCPOA.

President Putin has already said in the recent past that negotiating with Team Trump is like playing chess with a pigeon: the demented bird walks all over the chessboard, shits indiscriminately, knocks over pieces, declares victory, then runs away.

In contrast, serious lobbying at the highest levels of the Russian government is invested in consolidating the definitive Eurasian alliance, uniting Germany, Russia and China.

But that would only apply to Germany after Merkel. According to a US analyst, "the only thing holding back Germany is that they can expect to lose their car exports to the US and more, but I tell them that can happen right away because of the dollar-euro exchange rate, with the euro becoming more expensive."

On the nuclear front, and reaching way beyond the current Belarus drama -- as there will be no Maidan in Minsk -- Moscow has made it very clear, in no uncertain terms, that any missile attack from NATO will be interpreted as a nuclear attack.

The Russian defensive missile system -- including the already tested S-500s, and soon the already designed S-600s -- arguably may be 99% effective. That means Russia would still have to absorb some punishment. And this is why Russia has built an extensive network of nuclear bomb shelters in big cities to protect at least 40 million people.

Related Topic(s): Alliances; China; Corona Virus Coronavirus Covid-19; Iran; Jcpoa; Nuclear; Oil; Renaissance; Russia; Russia-china; (more...) Sanctions; Submarines; Technology, Add Tags  (less...)
Add to My Group(s)
Go To Commenting
The views expressed herein are the sole responsibility of the author and do not necessarily reflect those of this website or its editors.