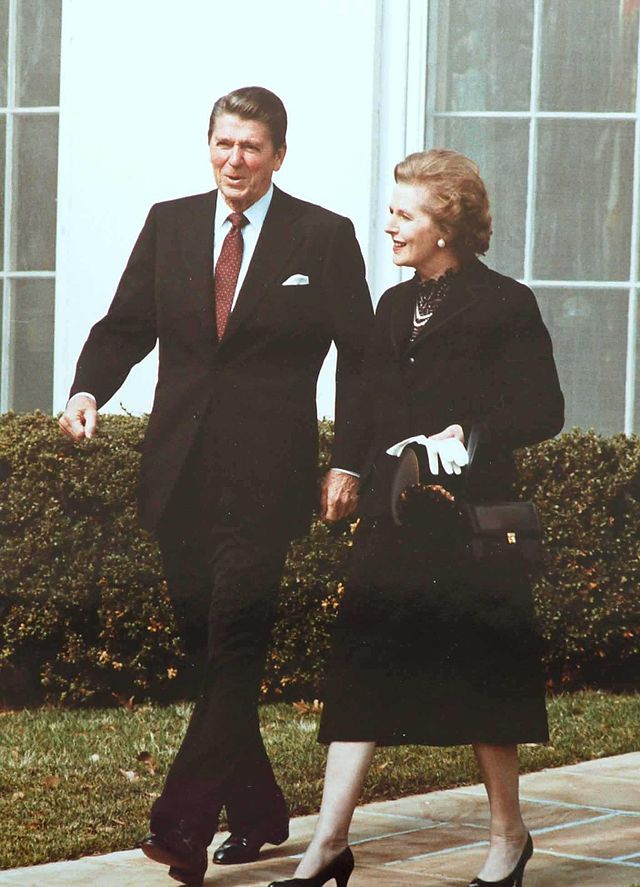 For years I've been using the term "neoliberalism" (or sometimes neo-liberalism*) and I'm always uncomfortable, since it sounds so academic. So I usually add one-phrase definitions and move on. For example, this from a recent piece on Puerto Rico:

If neoliberalism is the belief that the proper role of government is to enrich the rich -- in Democratic circles they call it "wealth creation" to hide the recipients; Republicans are much more blatant -- then the "shock doctrine" is its action plan.

That's sounds pretty blunt, but it's a true statement, even among academics. See this great interview (start at about 6:15) with Professor Philip Miroski of the University of Notre Dame on how modern neoliberals have come to see the role of government in society. It's weedy but excellent.

I want to offer our readers a better description of neoliberalism though, yet not get into too many weeds. So consider these exceprts from a longer Guardian essay by the British writer George Monbiot. (My thanks to Naked Capitalism commenter nonclassical for the link and the idea for this piece.)

Neoliberalism -- The Invisible Water the West Is Swimming In

We'll start with Monbiot's brief intro, just to set the scope of the problem:

Imagine if the people of the Soviet Union had never heard of communism. The ideology that dominates our lives has, for most of us, no name. Mention it in conversation and you'll be rewarded with a shrug. Even if your listeners have heard the term before, they will struggle to define it. Neoliberalism: do you know what it is?

The Birth of Neoliberalism

What is neoliberalism and where did it come from? Monbiot writes:

The term neoliberalism was coined at a meeting in Paris in 1938. Among the delegates were two men who came to define the ideology, Ludwig von Mises and Friedrich Hayek. Both exiles from Austria, they saw social democracy, exemplified by Franklin Roosevelt's New Deal and the gradual development of Britain's welfare state, as manifestations of a collectivism that occupied the same spectrum as nazism and communism.

Back to Monbiot and Hayek:

In The Road to Serfdom, published in 1944, Hayek argued that government planning, by crushing individualism, would lead inexorably to totalitarian control. Like Mises's book Bureaucracy, The Road to Serfdom was widely read. It came to the attention of some very wealthy people, who saw in the philosophy an opportunity to free themselves from regulation and tax. When, in 1947, Hayek founded the first organisation that would spread the doctrine of neoliberalism -- the Mont Pelerin Society -- it was supported financially by millionaires and their foundations.

Related Topic(s): Neoliberalism, Add Tags
Add to My Group(s)
Go To Commenting
The views expressed herein are the sole responsibility of the author and do not necessarily reflect those of this website or its editors.