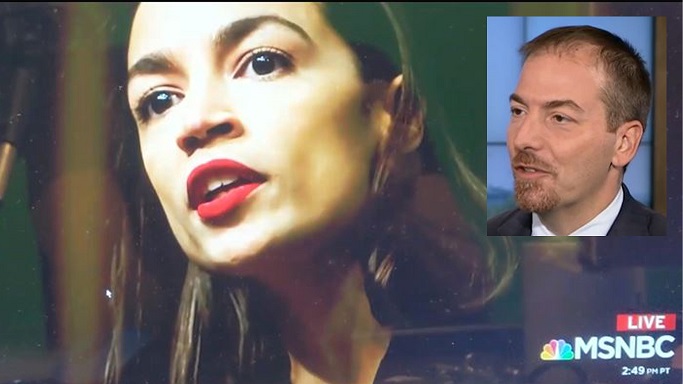 Chuck Todd attempted to slaughter Alexandria Ocasio-Cortez 's integrity on MTP daily for defining the housing of refugees at the border, concentration camps. He did an excellent job of it for uninitiated. For this reason, it is imperative that we counter attacks on AOC from the Right Wing GOP, some Democrats, and the mainstream media.

This administration has established concentration camps on the southern border of the United States for immigrants, where they are being brutalized with dehumanizing conditions and dying. This is not hyperbole. It is the conclusion of expert analysis https://t.co/2dWHxb7UuL

: a place where large numbers of people (such as prisoners of war, political prisoners, refugees, or the members of an ethnic or religious minority) are detained or confined under armed guard used especially in reference to camps created by the Nazis in World War II for the internment and persecution of Jews and other prisoners

Alexandria Ocasio-Cortez's definition is definitely accurate. Moreover, we have heard enough stories about these camps, from children being caged to freezing temperatures, to link-fencing refugees under a bridge in the elements.

Don't be fooled. This hoopla is a made-up an incident that is attempting to ding Alexandria Ocasio-Cortez's credibility and seriousness. Over her few months in Congress, even clear thinking Republicans realize that she is not only substantive but knowledgeable.

Given the reality that AOC is so very good at articulating the position that rightfully tags our economic system as systemically flawed, they would like to make her utterances seem less credible. Progressive writers, bloggers, and others must protect this truth teller's back. Knowing that the Progressive flank is there for all Progressive will likely stiffen the spines of others wanting to speak out.

Related Topic(s): Alexandria Ocasio-cortez, Add Tags
Add to My Group(s)
Go To Commenting
The views expressed herein are the sole responsibility of the author and do not necessarily reflect those of this website or its editors.