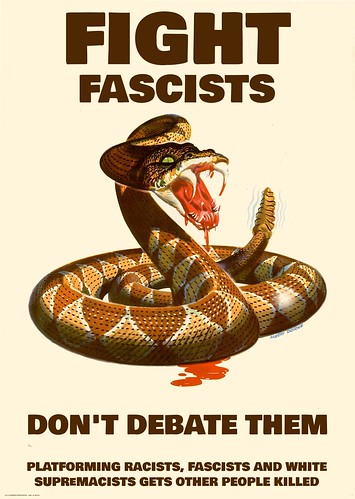 Deep Diving in the Dark Web Dumpster: Tales of the Mighty Whitey

Most of the time, my head is on straight

Most of the time, I'm strong enough not to hate

I don't build up illusion 'till it makes me sick

I ain't afraid of confusion no matter how thick

Depending on the level of credulity you apply to the DC bash, it was either led by a band of Bozos who seemed most intent on nicking the French glazed crullers right out of the Capitol Coppers cups as they watched and said, "I prefer you didn't," or else it was a genuine "insurrection" and Trump's MAGA lads, at the megaphoney's behest, were woking the nation to fraud and deceit on a scale never before realized.

Fraud and deceit among the politicians whose job description highlights compromised positions? In America? I'm going with the crullers scenario.

But however one chooses to see the events of January 6 (or '1/6/1' -- if you're keeping tabs of the rolling pearl harbors), on display was fat slobby mighty whitey devilry, led by a Proud Boy FBI informant and, apparently, avid Stephen King readers over at QAnon, the couch potato caliphate, who finally got off their asses and did something. Rebel Yell in the corridors. One of them even hee-hawed off with Nancy Pelosi's podium, although I'm told she maintained control of the gavel.

Well, I might find it all funny, I was born white, and thus into the right integumentary caste, no power, no money, but plenty of this (he pulls his cheek to show the purity of his stock, slightly acne-pocked). Even the Cappie Cop who had his life 'extinguished' by some loudmouthed firebrand turns out to have been a pawn in the media's game to turn the slapstick event into a reason for a new Domestic Terrorism bill. The NYT was the first major outlet to express how wonderful it would be to see drones filling the Skies Of America. Now I see why.

Investigative journalist Talia Lavin doesn't think it's all funny though. In Culture Warlords: My Journey Into The Dark Web Of White Supremacy, Lavin, the granddaughter of Holocaust survivors, had her own 'woke' moment at the Charlottesville, VA 2017 white supremicist rally, when