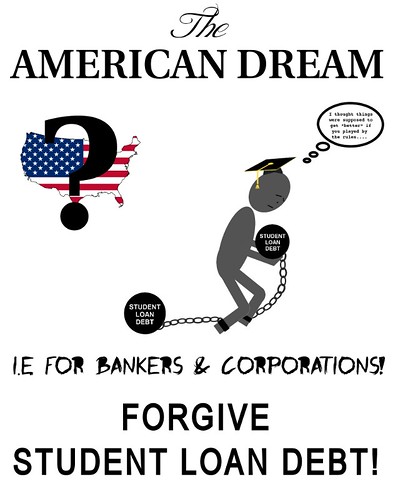 As most are aware, U.S. students currently owe bankers and creditors more than $1.5 trillion. Progressives like Bernie Sanders and Elizabeth Warren want that debt written off. Their opponents however wonder what would be the economic impact of such debt forgiveness? Wouldn't it spell disaster for the nation's economy and for banks "too big to fail?"

Economic historian and ex-Chase Manhattan analyst, Michael Hudson answers those questions in ways intimately connected with the readings for this Second Sunday of Advent. He does so in his magisterial study, "and Forgive Them Their Debts: lending, foreclosure and redemption from Bronze Age finance to the jubilee year.

Written in the face of massive worldwide indebtedness far beyond that of U.S. students, the book's basic thesis is that debts that can't be paid won't be paid. So, the only solution is to write off those obligations.

Far from spelling disaster for the world's economies, Hudson says such amnesty would rejuvenate them. completely.

How does he know?

Because debt amnesties were standard procedure throughout the history of the ancient Near East from 2500 BC in Sumer to 1600 BC in Babylonia and its neighbors. During that long period, it was the common practice for new rulers to proclaim debt jubilee on the day of their ascension to the royal throne. As seen in the Bible's Book of Leviticus 25, Israel adopted that practice when its ruling class returned from their "Babylonian Captivity" in the 6th century BCE.

Uniformly, Hudson says, it was shared prosperity and the prevention of huge wealth differentials between rich and poor. According to Hudson, the same result can be expected if debts were forgiven today.

And that brings us to our readings for this Third Sunday of Advent. They're all about a central pillar of Jewish social organization and profound spirituality. I'm referring to debt forgiveness and its "preferential option for the poor."

As seen in Leviticus 25 and in the words of the prophet Isaiah in today's first reading, the very word "gospel" ("good news" in Isaiah's words) is assigned to the proclamation of "Jubilee" - the Jewish Testament term for the periodic practice of wiping debt slates clean every 50 years. That custom borrowed from the Babylonians (and others) prevented oligarchies from using debt as a lever to pry land ownership and other forms of wealth away from impoverished debtors.

In other words, Jubilee was an expression of a divinely structured economy whose ideal (unlike our own) prioritized the welfare of widows, orphans, and resident foreigners. That bottom-up arrangement is what I mean by "preferential option for the poor."

Related Topic(s): Amnesty; Bible; Christianity; Debt; Debt Slaves; Economy; Israel; Jesus; Prophet; Spirituality; (more...) Sunday, Add Tags  (less...)
Add to My Group(s)
Go To Commenting
The views expressed herein are the sole responsibility of the author and do not necessarily reflect those of this website or its editors.