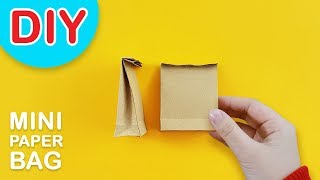 I admit it: my bias derived from self-interest. I was a bag boy. But that didn't make me wrong when I reacted to the news that supermarkets would make customers bag their own groceries. This, I told my friends at the time, is the first brick in a road to perdition.

Since the 1970s corporate efficiency experts have burdened American consumers with a constantly expanding galaxy of tasks that businesses used to perform for them. Craig Lambert calls it "shadow work" -- labor imposed on you that you're not conscious of.

The Do It Yourself (because companies won't hire workers to do it anymore) movement faced little resistance in a culture that elevates personal responsibility and rugged individualism. Which is how, in less than half a century, we have become accustomed to pumping our own gas and planning our own vacations and scanning our own groceries and running our own cable TV diagnostic tests, forgetting how much easier life was with service station attendants and travel agents and cashiers and technicians who came to your actual house. Not only do we work harder, we earn less due to the disappearance of service personnel jobs from the labor market.

I recently visited a Burger King with touchscreen kiosks where you're supposed to order your food because God forbid BK should fork out $10 an hour to a human being so you can simply tell him you'd like a #2 combo, size medium, drink is a Coke please. Come the Revolution may the scoundrel who thought of this be deported to an exceptionally unpleasant re-education camp.

Now that they have us doing everything ourselves, companies are making us provide our equipment as well.

On United Airlines from Los Angeles to New York recently, the plane was new -- and the infrastructure was retro. In place of the seat-back TVs that have long been standard on long-haul flights were plastic clips where you're supposed to place your tablet or smartphone. You can imagine the discussion at United corporate:

"We've already conned the idiots into checking themselves in on their phones. Seat-back televisions cost as much as $10,000 per seat to install and maintain. Passengers have their own devices. Let them watch movies on their own tech!"

"Screw 'em. Plus they have to download our app and register to watch movies, so we collect more data!"

Liberal: "Some people might say we're being mighty cheap for a company that makes $3.2 billion in profits a year."

"And now it'll be more billions!"

I have a smartphone. And a tablet. And a laptop. But as long as aviation remains a for-profit business sector (one with atrocious customer service), I don't see why I should subsidize a CEO's outrageous paycheck with wear and tear on my personal hardware.

It's only a matter of time before we'll have to fly the planes ourselves too.

Related Topic(s): Airlines; Business; Consumer; Corporate; Diy, Add Tags
Add to My Group(s)
Go To Commenting
The views expressed herein are the sole responsibility of the author and do not necessarily reflect those of this website or its editors.