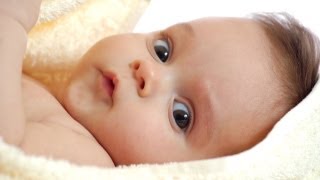 A new report concludes 600,000 children have died in the United States for no reason over a 50-year period. Thousands more will die this year, and next year, and the year after that. 600,000 is a lot of people. it's more than the population of Tulsa, Oklahoma. Or Oakland, California. Or Minneapolis, Minnesota. Or Omaha, Miami, Atlanta, and Milwaukee.

An entire city of children has been lost.

This is the real "death tax." It's a tax on poverty, a tax on race, a tax on political powerlessness. And it's paid with the lives of the innocent.

These deaths should have led every news broadcast and been a banner headline in every newspaper in the country. They would have been, if terrorists had killed these kids. After all, we changed our way of life after 3,000 people died on 9/11. But after the deaths of 600,000 children, nothing's changed at all.

The report, published in the journal Health Affairs, compared child mortality in the United States with that of 19 other comparably developed nations. Here's what the authors found:

A child born in the U.S. is 76 percent more likely to die before reaching adulthood than a child born elsewhere in the developed world.

"During this decade, children ages 15-19 were 82 times more likely to die from gun homicide in the U.S.. Over the 50-year study period, the lagging U.S. performance amounted to over 600,000 excess deaths."

The leading cause of infant death was extreme immaturity, which was three times higher for American infants, followed by sudden infant death syndrome (SIDS).

"There is not a single category for which the (comparison countries) had higher mortality rates than the U.S. over the last three decades of our analysis."

The United States spends more on health care than the other countries, but has worse outcomes.

Although it spent more on health care, the U.S. "spent significantly less of its gross domestic product per capital on child health and welfare programs, compared to other wealthy nations." These programs also affect child health.

The U.S., say the report's authors, is "the most dangerous of wealthy nations for a child to be born into."

Related Topic(s): American Culture; American Hypocrisy; CHILDRENS HEALTH CARE; Healthcare; Indifference; Inequality; Poverty, Add Tags
Add to My Group(s)
Go To Commenting
The views expressed herein are the sole responsibility of the author and do not necessarily reflect those of this website or its editors.