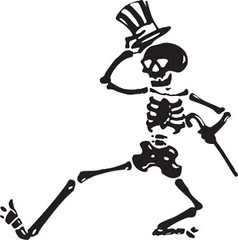 The process of dying merges into the process of death. In the previous essay we focused on the psychological/emotional level in terms of what loved ones and visitors can do for someone who is dying. In the next pieces I hope to continue to discuss the process of dying from a different point of view - and then move on to what is known about the actual moments of death itself, and possibly, the after-death states.

Death has many things to teach us, if we are willing to listen. "Death is the only wise advisor that we have," said Don Juan, Carlos Casteneda's spiritual teacher.

One of the primary lessons that death has to teach is that there are many orders of existence. Western science and culture have convinced us that the physical plane is all there is.

"Itself occupying no more than a single ontological plane, science challenged by implication the notion that other planes exist.

"As its challenge was not effectively met, it swept the field and gave the modern world its soul... this is the final definition of modernity: an outlook in which this world, this ontological plane, is the only one that is genuinely countenanced and affirmed."

As post-modern science is beginning to reveal, comprehending this reality will entail a major shift in our worldview. As Einstein said. "There are problems that cannot be solved at the level of thinking [and assumptions] that created them." If we truly wish to accept the opportunity to begin saving the Earth and its living inhabitants, a critical issue will be moving beyond the assumptions to which we've become attached.

A central idea that informs deep spiritual practice is the relationship among three factors: 1) the human sense of separateness - the ego; 2) Absolute Reality - which can be described as Infinite Existence, Consciousness and Love; and 3) the fact that freedom from suffering and radical transformation of our sense of self and world are possible. The bottom-line simplicity of all ways of liberation points to the possibility of merging with (rather than simply worshiping) the Infinite; this involves the cultivation of wisdom and compassion, clarity, humility and love.

Thus, in the Gospel of Thomas, Jesus is quoted as saying:

"I am not your master. Because you have drunk, you have become intoxicated from the bubbling spring which I have measured out... He who will drink from My mouth will become like Me. I myself shall become he, and the things that are hidden will be revealed to him."

While modern culture has immersed us in a secular worldview - teaching us to only perceive the level of physical reality - there are apparently an infinite number of subtle levels of existence, interpenetrating what we usually consider to be "real."

Another foundational idea is that having a human birth is extraordinarily fortunate because we have the faculties to attain liberation/enlightenment/merging with the Absolute in this lifetime.

However, if we desire, we can be preoccupied with making money, with obtaining status, or fame, with getting high, being enraged and indignant, avoiding getting to know our own mind, or simply living in a habitual, comfortable way. We are absolutely free to not pursue the goal of liberation, but given the above context, this is seen as unfortunate, like squandering a precious opportunity.

Related Topic(s): Death; Evolution; Final State; Illusion; Truth, Add Tags
Add to My Group(s)
Go To Commenting
The views expressed herein are the sole responsibility of the author and do not necessarily reflect those of this website or its editors.

5 people are discussing this page, with 58 comments