The elite of Wall Street's speculative investment banking must see profit and power for capital accumulation in reestablishing its former control over Yemen, perhaps the poorest nation in the world. Yemen is a nation with a strong cultural heritage and proud Islamic integrity. Perhaps if it was less so, many thousands of lives of children of Yemen would not have been taken and continue to be taken by USA through the bombing of its lackey Kingdom of Saudi Arabia and the United Arab Emirates. The resiliency of the Yemeni under attack is fierce. 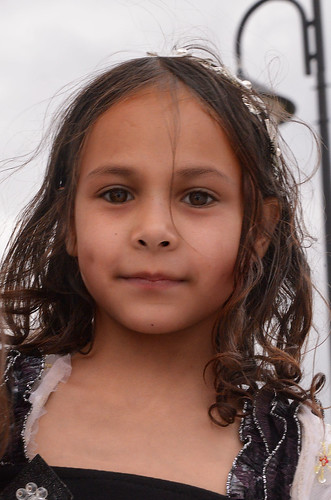 The USA has been fueling, arming and target selecting for the Saudi airstrikes for three years. In November 2017, Save the Children reported that 130 children were dying every day, with 50,000 children already believed to have died in 2017. The U.N. officials said more than 20 million people, including 11 million children, are in need of urgent assistance, with 7 million totally dependent on food assistance. The U.N. has called it the "worst humanitarian crisis in the world."

(- As yours truly reports this story of yet another bloody US 'foreign policy,' a 2008 TV video clip of Rev. Jeremiah Wright auto interjects here, "God bless America? No, no, God damn America for her crimes against humanity!") - crimesthen, and not 'foreign policy.'

In November of 2017, the United Nations urged the Saudi-led coalition to allow the U.N. humanitarian flights to Aden and Sanaa to resume, and to reopen the blockaded ports of Hodeida and Salif for food and medical deliveries. UN officials said,

"Even with a partial lifting of the blockade, the World Food Program estimates that an additional 3.2 million people will be pushed into hunger. If left untreated, 150,000 malnourished children could die within the coming months,"

Cholera came with the US backed Saudi bombing. Cholera is a bacterial infection, it causes severe diarrhea which leads to dehydration and often death. Cholera is a virulent infection; it can kill within hours of onset. Saudi aerial bombardment of the national electrical grid in April 2015 left the Sana'a wastewater plant without power. Untreated wastewater began to leak out into irrigation canals and drinking water supplies. By the end of 2017, one million cases of cholera had been reported.

The above ghastly report is of ten months ago. By now, the situation is beyond imagination.

A recent air strike that targeted a school bus and killed forty children finally brought some solemn criminal mainstream media coverage, but no one familiar with US history would expect mercy or justice from Americans, because murdering children by the millions for money and power is a recognized American way of life.

Related Topic(s): Capitalism Over Humanity; Children; Genocide; Money; Money And Power, Add Tags
Add to My Group(s)
Go To Commenting
The views expressed herein are the sole responsibility of the author and do not necessarily reflect those of this website or its editors.