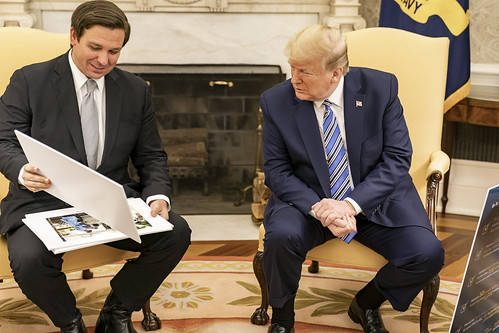 Media specialists working in the administration of Florida Gov. Ron DeSantis emailed me Friday afternoon, saying, "We were the first state to initiate large-scale canvassing campaigns in Miami, Tampa, Orlando, and Jacksonville. Our teams knocked on nearly 1.1 million doors over a span of just three months - March, April, and May."

Related Topic(s): Desantis-ron; Desantis-ron; People; People; Republican, Add Tags
Add to My Group(s)
Go To Commenting
The views expressed herein are the sole responsibility of the author and do not necessarily reflect those of this website or its editors.