Joan Brunwasser: Welcome back to OpEdNews, David. We last spoke a few weeks before the election. I just read your new piece, Why Impeach Donald Trump? When you posted this, the guy had been in office two days. He clearly isn't widely liked but aren't you jumping the gun a bit?

David Swanson: Speaking for myself and not for colleagues or organizations, much less George Soros from whom I've never received a dime ever (though apparently connecting him to some activist campaign serves some people as a refutation of its demands), I'd say we waited much too long. Some impeachable offenses were guaranteed on Day 1, but we didn't have to wait until Day 1 to know that. Under the Constitution, the president is not allowed financial gains or business favors from the U.S., state, or foreign governments.

Trump's lease of the Old Post Office Building violates an explicit clause in the General Services Administration lease contract. Since 1980, Trump and his businesses have brought in $885 million in tax breaks, grants and other subsidies from New York State. China's state-owned bank is the largest tenant in Trump Tower. It is also a major lender to Trump. These are a few examples of many.

Now, days later, Trump has discriminated against Muslims in a new way with his ban on immigration from certain countries. And he's carried on the outrages of his predecessors with drone murders, bombing campaigns, and occupations. He's even apparently threatened to send troops into Chicago. So, I think the impeachable offenses are beginning to pile up. 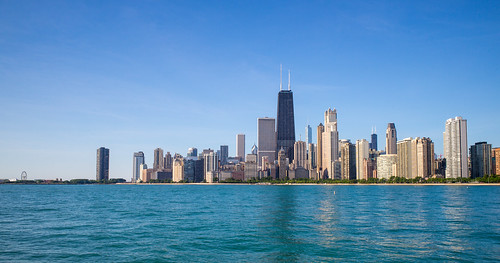 JB: Send troops into Chicago? I live in suburban Chicago. What did we do to deserve troops?

DS: @RealDonaldTrump tweeted and @POTUS retweeted: "If Chicago doesn't fix the horrible 'carnage' going on, 228 shootings in 2017 with 42 killings (up 24% from 2016), I will send in the Feds!" I tried hoping this meant lawyers, but everyone I asked assumed it meant soldiers. In addition Trump has announced an executive order to "target sanctuary cities" with Chicago chief among them. The details are unknown. He gets the corporate news coverage first, then tells you what the hell it actually is after.

By the way, in Chicago you should do this peace essay.

And sign this petition: Municipal Employees' Annuity and Benefit Fund of Chicago Must Divest from Weapons Dealers.

JB: Thanks for the suggestions and the links. Well, in all fairness, Trump is not wrong that the constant shootings are appalling. It would be nice if he came up with something real and substantial and potentially constructive. Are we going to turn the poor areas into policed camps? Yikes! Back to the impeachment argument. Why Trump? Is he a target because he's so disliked? Is he worse than others before him?

DS: I can't speak for all supporters of impeaching Trump. Most of them will have bad reasons, as most people have bad reasons for everything. Personally, I favor impeaching him for many of the same offenses, as noted above, for which I favored impeaching Obama and Bush. But the charges brought at http://ImpeachDonaldTrumpNow.orgare unprecedented. His predecessors could not have been impeached for the same thing.

Is his offense morally worse than Secretary of State Hillary Clinton taking Saudi government and Boeing funds into her family foundation, and then working to waive legal restrictions on Boeing selling weapons to Saudi Arabia -- weapons now being used to slaughter innocents? I don't think so. But it's in the same league and likely to be at least as deadly.

Still, for everyone asking me if Trump's worse than those before him, there are 10,000 shouting at me that he's better than the guy who would come after him -- which, as with Cheney, misses the problem that Pence is already involved and seeing his agenda acted on. But the question of who is worse, Trump or Pence, is a very different question from this one: Who is worse, President Trump in an era of total unchecked power and immunity, or President Pence in an age of popular sovereignty with the threat of impeachment looming behind every high-crime-and-misdemeanor that comes up for consideration by the White House? I believe changing the office of the presidency into one that can be lost for substantive crimes and abuses -- a radical change from its current state -- would be more significant than the personality, ideology, or party of the presidents who come next.

I believe part of that significance would derive from the benefits of building the movement that imposes impeachment on a corrupt and partisan and reluctant Congress. Cultural change comes principally from movement building, and very little from the personalities of elected officials. If Chicago, for example, passes a resolution demanding Trump's impeachment, it will be because a lot of people learned what was wrong and how to fix it. They won't forget that the moment Pence or someone else swears to uphold the Constitution as president.

JB: Let's talk pragmatically. How does one go about impeaching a president? And, politically speaking, with the Republicans holding both houses of Congress, how likely is it? They're on a power trip of their own.

DS: Not too many days ago people told us asking for clemency for Chelsea Manning was pointless. Nothing looks possible until after it's done. But no past impeachment has been strictly partisan, though the nonsense impeachment of Bill Clinton (who should have been impeached for legitimate reasons) came close. And even in today's world of Absolute Partisanship there hasn't been a Republican that the Republicans would be more willing to impeach than Trump. But if they think what follows will be corporate power and a docile public, they'll be as wrong as were all the Democrats and all the television networks who thought promoting Trump as a candidate would be a really clever way to elect a really unpopular former Secretary of State. 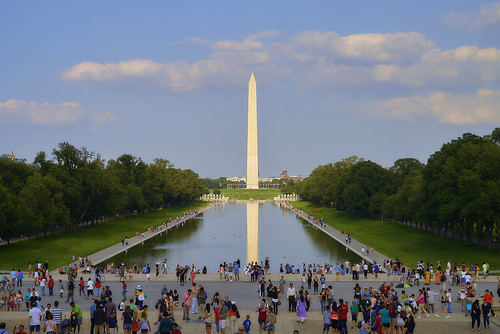 JB: You make an excellent point. Social change only looks inevitable when we look back in time. Let's say that I agree with you. How to proceed? What's the next step?

Ask your town or city to pass a resolution.

Ask your organizations to support.

JB: There were massive marches across the nation and worldwide the day after Inauguration Day. The turnouts everywhere were unprecedented, the largest we've ever seen in this country. What, if anything, does that add to the mix?

DS: Well, it shows opposition to Trump and to certain of his policies. It's also full of flaws, failure to support the few good things he does, failure to oppose some of the worst things, and way too much support for the Democratic Party. But on the whole it is a very good sign, as is resistance within the EPA, the National Park Service, and various city governments. We just need to use this opposition wisely, including promoting a positive vision of where we want to be.

JB: How would the marches "support the few good things he does, failure to oppose some of the worst things"? How do marches pinpoint like that? And should they? Also, how did the marches demonstrate too much support for the Democratic Party? You lost me there, David.

DS: Speakers at the marches called him names, insulted his appearance, threatened violence, cheered for Democrats. Speakers included Debbie Wasserman Schultz who did more than anyone else to nominate the only Democrat who could have lost to Trump. This is a crowd much of which proclaims that ending the TPP had nothing to do with Trump, rather than encouraging him to do the same to NAFTA, but announces that restarting the DAPL and Keystone XL was entirely Trump with zero role by the previous president who left the door open. Many of these people want every anti-Russia/anti-Trump claim produced by the CIA taken on faith even as it undermines the idea of fact-based politics and even as it stirs up dangerous hostility between the US and Russian governments.

Torture prisons? The CIA is never wrong. Trump is never right. But they both want 'em. Aaaaarggh! What to think? Better ask the Democrats!

No. What we need is principled, policy-based activism that ignores party and personality and insists on facts and accountability across the board, crediting the worst people when they do right and condemning the best when they do wrong.

JB: Got it. By the way, I wasn't referring to the speakers at the marches. For the most part, no one could hear them anyway. I'm talking about the energy of the millions who came out not because they're DNC or Washington apparatchniks. Anything you'd like to add before we wrap this up?

DS: Imagine a movement to hold the U.S. government to account in the absence of the impeachment provision in the Constitution. Then imagine that one day we were granted the magical power to insert impeachment into history and into U.S. law. Wouldn't we jump at it?

JB: What a tantalizing question! I enjoyed talking with you, David. You always make me stretch. Thank you.

David says: If I've persuaded you, or if you already agreed, please sign this petition .

My previous interviews with David:

Other Series: View All 214 Articles in "Activism"