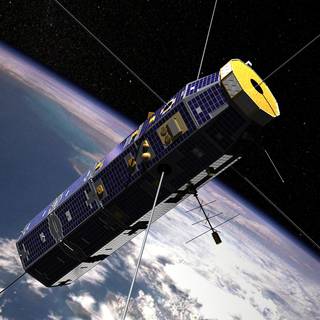 Beginning to fill in his declaration of last year about turning space into a war zone and establishing a U.S. Space Force, President Trump was at the Pentagon last week promoting a plan titled "Missile Defense Review."

As The New York Times said in its headline on the scheme: "Plans Evoke 1983 'Star Wars' Program."

Bruce Gagnon, coordinator of the Global Network Against Weapons and Nuclear Power in Space, called it "provocative and destabilizing and basically insane."

As Trump stated at the Pentagon on January 17: "We will recognize that space is a new war-fighting domain with the Space Force leading the way. My upcoming budget will invest in a space-based missile defense layer technology. It's ultimately going to be a very, very big part of our defense and obviously of our offense."

The new United States space military plan comes despite the Outer Space Treaty of 1967 that designates space as a global commons to be used for peaceful purposes. The U.S., the United Kingdom and then Soviet Union worked together in assembling the treaty. It has been ratified or signed by 123 nations.

The release of the 100-page "Missile Defense Review" follows the Trump announcement, also at the Pentagon, in June, that he is moving to establish a U.S. Space Force as a sixth branch of the U.S. armed forces. He stated then: "It is not enough to merely have an American presence in space, we must have American dominance in space."

The component of the "Missile Defense Review" that closely resembles the "Star Wars" program of President Reagan involves what it describes as "space-based interceptors."

As The Times said: "In the most contentious proposal, the report embraced Reagan's Star Wars plan of putting weapons in space to shoot down enemy missiles during ascent." The Times also noted that "the document was careful to describe the step as largely a research project--for now."

Of this component, the "Missile Defense Review" states: "The space-basing of interceptors also may provide significant advantages, particularly for boost-phase defense. As directed by Congress, DoD will identify the most promising technologies, and estimated schedule, cost, and personnel requirements for a possible space based defensive layer that achieves early operational capability for boost-phase defense." click here

The Reagan Star Wars program also utilized a defense rationale--it was formally called the Strategic Defense Initiative. It was based on orbiting battle platforms with nuclear reactors or "super" plutonium systems on board providing the power for hypervelocity guns, particle beams and laser weapons. Despite its claim of being defensive, it was criticized for being offensive and a major element in what the U.S. military in numerous documents then and since has described as "full spectrum dominance" of the Earth below that the U.S. is seeking in taking the "ultimate high ground" of space.

Gagnon, whose Maine-based organization has been a world leader since its formation in 1992 in challenging the weaponization of space, said: "The new Trump space proposal is a key element in Pentagon first-strike attack planning sold to the public as 'missile defense'. The system is not actually designed to protect the U.S. from every nuclear missile launched at us--that would be a mathematical impossibility. This Star Wars system would only work as the 'shield' to be used to pick off Russian or Chinese retaliatory responses after a U.S. first-strike sword is thrust."

He said "we know this because the Space Command," the division of the U.S. Air Force that Trump seeks to have succeeded by a separate Space Force, "has been computer war gaming such a scenario for years-they call it the 'Red team' versus the 'Blue team.'"

"The kicker" regarding the U.S. space military plans, said Gagnon, "is that the costs would be colossal--what the aerospace industry has long said would be the 'largest industrial project in human history.' The only way the U.S. can pay for it is by cutting Social Security, Medicare, Medicaid and by twisting the arms of NATO members to pony up more money."

The Outer Space Treaty was spurred, as Craig Eisendrath, who had been a U.S. State Department officer involved in its creation, noted in the 2001 TV documentary that I wrote and narrate, "Star Wars Returns," by the Soviet Union launching the first space satellite, Sputnik, in 1957. Eisendrath said "we sought to de-weaponize space before it got weaponized"to keep war out of space." https://www.youtube.com/watch?v=7bdMzE3N5iw

Related Topic(s): Dominance; Law; Pentagon; Space Force; Space Ownership Of; Space Technology; Treaty; War; Wars; Weapons, Add Tags
Add to My Group(s)
Go To Commenting
The views expressed herein are the sole responsibility of the author and do not necessarily reflect those of this website or its editors.