Covering Up the Ugly Truth About the Assassination of Mireille Durocher 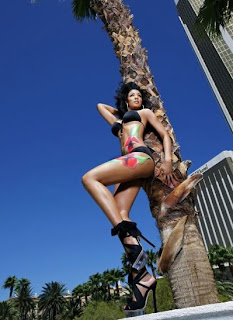 (Image by Unknown Owner)   Details   DMCA
Sarodj Bertin has been selected to represent Haiti at the 2010 Miss Universe pageant. Miss Bertin is a 24 year old lawyer who has lived in the Dominican Republic since she was 9.
There is fierce debate in the Haitian diaspora about Miss Bertin's selection as Miss Haiti. The controversy centers around her long-time residency in the Dominican Republic (15 years), her light complexion, her "Dominicanized" persona and most disturbingly, the execution style assassination of her mother Mireille Durocher Bertin in 1995. Given the divide, it remains to be seen whether Miss Haiti will "give hope to a devastated country."
The assassination of Miss Haiti's mother was a terrible tragedy. Unfortunately the sad event is being used by many to demonize Haiti's first real democratically elected government and the Lavalas political party. Lies, misinformation and insinuations about the event are being presented on a daily basis. Often excluded from the dialogue is the fact that the Aristide government made at least two arrests in the case. One Haitian suspect arrested was linked to the U.S. military.
Nevertheless, the implication of some articles is that the Aristide government or Lavalas (Haiti's largest political party) was somehow involved in her execution style murder. This implication is to be viewed with skepticism since Mrs. Durocher's murder was never solved and there are agendas at work here that need to be examined in order to be understood. This includes the continuing demonization of President Aristide and his political party Lavalas, not only in the U.S. mainstream media but also by the coup d'etat cabal who see Haiti as their very own private piggy bank.
Here's the paragraph addressing the issue from a Google News article which seems to imply that President Aristide was somehow involved in the assassination (they misspelled the name of Haiti's capital city):

"Sarodj Bertin had a privileged childhood in Puerto Principe [Port-au-Prince] until age 9, when her mother, lawyer and opposition leader Mireille Durocher Bertin, was gunned down after announcing the creation of a political party that would compete with that of President Jean-Bertrand Aristide in the upcoming elections."

Another article from the LA Times from 1995 offers more details about the death, including the investigation, revealing that there were a number of arrests. Two Haitians, the LA Times reported, including a translator working for the U.S. military, were arrested and "several high-powered assault weapons and radios were seized." This is how the Haitian government came to be aware of a plot to assassinate Mrs. Durocher:

These officials said Fisher wrote to President Jean-Bertrand Aristide's government, outlining the plot. As a result, Justice Minister Jean-Joseph Exume called Durocher in and told her that U.S. military intelligence believed she was in real danger. Although advised "to take all precautions," she did not get protection from U.S. or Haitian forces, the sources said.

[...] Durocher, 38, was a lawyer closely linked to former Lt. Gen. Raoul Cedras, the Haitian army commander who led the September, 1991, coup that overthrew Aristide. She also served as chief of staff for Emile Jonassaint, the puppet civilian president installed by Cedras in 1994."

According to a NY Times article, Mrs. Durocher was the passenger in a car being driven by a very shady character by the name of Eugene "Junior" Baillergeau, when it was attacked in broad daylight by gunmen who fired two shots at the car engine and numerous shots into the car. The article reveals that Baillergeau may very well have been the target of the assassination. Junior Baillergeau was a reputed drug trafficker with "known association with illicit business circles close to the former military Government." Reportedly, an autopsy report the NY Times obtained at the time showed that Baillergeau was shot "many more times" than Mireille Durocher.
The NY Times article also indicates that Junior Baillergeau had an ongoing dispute with "American soldiers at the airport." Baillergeau was a pilot who had retained Mrs. Durocher to represent him regarding damages to his plane by the U.S. military.
Another bizarre and disturbing twist is that Mrs. Durocher held a high profile position on a violent death squad organization responsible for the deaths, rapes and torture of thousands of Haitians. More about the paramilitary group: Advancement of Progress of the Haitian People or FRAPH is available at History Commons and Peace not War.
Ben Dupuy had this to say about Mrs. Durocher Bertin in an article at Third World Traveler.

"But the dream didn't last for long. As 1995 progressed, friction between Aristide and the U.S. began to surface. For example, on March 28, three days before President Clinton was to visit Haiti, a putschist political figure, Mireille Durocher Bertin was publicly assassinated. The hit was never solved but its highly professional execution suggests it was a CIA operation carried out to smear Aristide and embarrass Clinton.
In the U.S. mainstream press, Bertin was lionized as an "opposition figure" and "an expert in international law." Listen to the beginning of a March 31 Associated Press dispatch movingly titled, "Her Last Days" by Michelle Faul: "She was setting up an opposition party running her busy law office, redecorating her home, writing and publishing a newsletter, and making time to educate her four children."

The killing was indeed seen as an embarrassment to the Aristide government. As noted in the NY Times article:

Miss Haiti, Sarodj Bertin is evidently unaware of the finer details of her mother's political involvements. On Miss Bertin's blog this is what is said about her mother: "Mireille, Sarodj's mother, was a woman highly admired by the Haitian people, she was a fighter; dreamed with having a country with more opportunities, being able to institutionalize the country and guarantee their rights to the haitian citizens."
Perhaps her father Jean presented her mother's death to her as being at the hands of Aristide "thugs." It's not a stretch to come to that conclusion given his statements after the murder.

In the couple's massive stone house in the hills high above the city, John Bertin recalled it differently. "I, as head of the family, was not notified," he said stiffly, and added that a phone call from the Justice Minister [Jean-Joseph Exume] to his wife told her only not to worry and did not warn of the plot.

It is very dangerous business when one represents a paramilitary group which is guilty of overthrowing a democratically elected government. Mrs. Durocher's involvement apparently caught up with her on March 28, 1995.
A reasonable conclusion is that the killings were calculated to embarrass the Aristide administration. What is in serious doubt is whether Aristide or his Lavalas party had much to gain from the spectacular nature of Mr. Durocher's demise. Especially given the fact that, the Clinton administration had "advised" Aristide to make nice with his "opponents." This was a particularly onerous demand by the U.S. since these were actually the sworn enemies of the Aristide government and of any real democracy in Haiti. These same "opponents" had been involved in the traitorous military Coup D'etat of October 31, 1991. The Advancement of Progress of the Haitian People (FRAPH) overthrew the government while President Aristide was on a visit to the UN in New York.
Some quick facts about FRAPH. The second in command of FRAPH Louis-Jodel Chamblain was convicted in absentia for the Raboteau Massacre and the assassination of pro-democracy advocate Antoine Izmery (who was dragged from church during mass and executed). Chamblain was also a death squad leader under the tyrannical regime of Jean Claude "Baby" Doc Duvalier. The leader of FRAPH, Emmanuel "Toto" Constant has acknowledged that he was in the employ of the CIA and paid $500 a month for his services. On 60 Minutes Mr. Constant said that in "daily meetings" with the CIA, he was never confronted about FRAPH's criminal activities.
Constant was convicted of mortgage fraud in Brooklyn, NY in 2007. The case, Doe vs. Constant was a civil case brought against Constant on behalf of three women who survived attempted killings, rapes and torture at the hands of Constant's paramilitary group FRAPH.
At Constant's trial, two Haitian women testified in court behind screens about the horrors they suffered. The case is summarized at The Center for Justice and Accountability website (CJA). CJA filed the criminal fraud case against Constant on Dec. 22, 2004. More about the case is also available at the Center for Constitutional Rights website.
In his article, "The Attempted Character Assassination of Aristide," Ben Dupuy is critical of the media for not exposing the truth about Mrs. Durocher's involvement with FRAPH: "They never say that she defended the slaughter of over 5,000 people by Haitian soldiers and FRAPH thugs during the coup. Indeed, she sat on the leadership committee of the death squad FRAPH."
The ugly truth is that Mrs. Durocher was deeply involved with a death squad. FRAPH's weapon of war against Haitians (for their family's political affiliations) was the signature atrocity of sexual violence against women.
It would be either dark irony or fitting justice if Miss Haiti were to choose as her platform the defense of women against sexual violence. That would be a gesture that could bridge the divide between the privileged, anointed class in Haiti and the downtrodden masses who are often their victims.

Chantal Laurent is a Haitian-American who blogs about Haiti, socio-economic, environmental and political issues at thehaitianblogger
Related Topic(s): Class; Haiti; Political Prosecutions; Torture; Violence, Add Tags
Add to My Group(s)
Go To Commenting
The views expressed herein are the sole responsibility of the author and do not necessarily reflect those of this website or its editors.