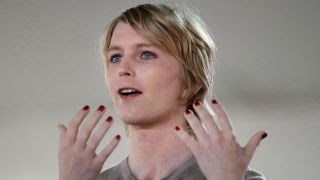 Two years after being released from prison where she had served seven years for exposing U.S. war crimes in Iraq and Afghanistan, Chelsea Manning was jailed once again for refusing to answer questions before a grand jury investigating WikiLeaks and its founder Julian Assange.

"I will not comply with this, or any other grand jury," Manning declared in a written statement. "Imprisoning me for my refusal to answer questions only subjects me to additional punishment for my repeatedly-stated ethical objections to the grand jury system."

Noted whistleblower Daniel Ellsberg praised Manning. "Chelsea Manning is in jail again, this time for resisting a grand jury system whose secrecy and lack of witness rights makes it prone to frequent abuse," Ellsberg told Truthout. "She is also resisting its current abuse, as it is used to attack freedom of the press by pursuing criminal charges for publication of the very war crimes and corruption she courageously revealed to WikiLeaks nine years ago."

Manning wrote, "The grand jury's questions pertained to disclosures from nine years ago, and took place six years after an in-depth computer forensics case, in which I testified for almost a full day about these events. I stand by my previous public testimony."

Prosecutors inadvertently disclosed last summer that they had a sealed indictment against Assange. Since 2010, when WikiLeaks published the documents Manning leaked, the U.S. government has been gunning for Assange. "The Obama administration had decided against trying to charge him because of fears that establishing a precedent that his actions were a crime could chill investigative journalism," Charlie Savage wrote in The New York Times.

Manning told the judge at her guilty plea hearing that no one at WikiLeaks asked or encouraged her to give them documents. "No one associated with WLO [WikiLeaks Organization] pressured me into sending any more information," she said.

Before contacting WikiLeaks, Manning tried to interest The Washington Post in publishing the documents, but she received no response. She was also unsuccessful in contacting The New York Times.

At the age of 22, Pfc. Manning, who was an Army intelligence analyst, gave hundreds of thousands of classified Pentagon and State Department documents about the wars in Iraq and Afghanistan to WikiLeaks. In 2013, Manning was sentenced to 35 years in prison. She ultimately served seven years, including time in pretrial custody, after Obama commuted the remainder of her sentence as he was leaving office.

Manning, a transgender woman, suffered in a male military prison and attempted suicide on two occasions in 2016. She was held in solitary confinement and was humiliated by being subjected to forced nudity during inspection for the first 11 months of her incarceration. United Nations Special Rapporteur on Torture Juan Me'ndez characterized her treatment as cruel, inhuman and degrading. He couldn't determine whether it amounted to torture because he was not permitted to visit her under acceptable conditions.

Manning Refuses to Cooperate With the Grand Jury

On March 8, U.S. District Judge Claude M. Hilton in the Eastern District of Virginia held Manning in contempt and jailed her for refusing to cooperate with the grand jury. The prosecution had offered her immunity from prosecution if she testified, but she declined. Manning will remain in custody until she agrees to answer questions or when the term of the grand jury expires, whichever comes first.

Since she was offered immunity, Manning could not claim the Fifth Amendment privilege against self-incrimination. But in refusing to answer questions, she invoked her rights under the First, Fourth and Sixth Amendments.

"I will not participate in a secret process that I morally object to, particularly one that has been historically used to entrap and persecute activists for protected political speech," she said in a statement.

Indeed, prosecutors have utilized the grand jury as a tool to serve those in power. "In periods of great turmoil and dissent, when the exploited and oppressed vocally expressed their views, often for the first time, the grand jury, rather than protecting the rights of the dissenters, stood on the side of the rich and powerful, to protect the status quo," civil rights attorney Michael Deutsch wrote in a law review article tracing the history of abuse by grand juries.

Related Topic(s): American Facism; American_History; Assange; Chelsea Manning; Daniel Ellsberg; Heroism; Prosecution; Wikileaks, Add Tags
Add to My Group(s)
Go To Commenting
The views expressed herein are the sole responsibility of the author and do not necessarily reflect those of this website or its editors.