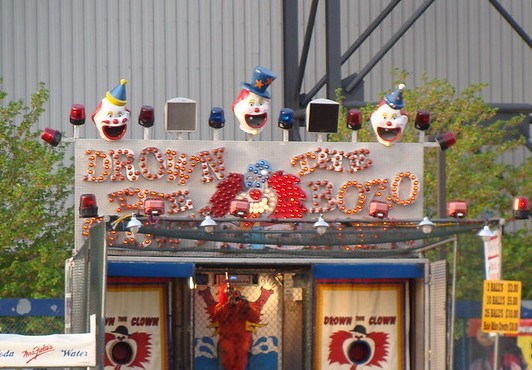 Recently in an online urban studies discussion, a young white man expressed his desire for his fellow Chicagoans and Americans more generally to get over all this COVID-19 trauma and "return to normal life in my great city and country."

I was a little surprised and disappointed he didn't use Warren Harding's made-up word "normalcy."

I was curious to know what he wanted most to return to:

+ A nation so unequal that three absurdly rich people (Bezos, Buffett, and Gates) possessed as much net worth between them as the bottom half of the country and that the top tenth of the upper 1% has more wealth than the bottom 90%?

+ A city where numerous predominantly white North Side neighborhoods are unaffordable to anyone not in the top 10 percent and where a large number of hyper-segregated South and West Side communities house tens of thousands of deeply poor Black children in census tracts of misery? (That's Chicago)

+ A city (speaking of Chicago) whose police force was so savagely brutal towards its majority nonwhite citizens that it had to be placed under a federal consent decree in order to limit its torture, maiming, terrorization and murder of Black and brown people?

+ A city and nation whose streets were full of beggars and homeless people even during an "economic boom"?

+ A nation savagely tilted to the super-rich while most Americans lived just one paycheck away from not being able to meet basic living expenses?

+ A nation in which millions with full-time jobs had to rely on food banks and other forms of charity to get by? Where millions could not afford health insurance? Where millions more with insurance could barely afford to meet their premiums and routinely avoided care for fear of incurring absurdly high medical costs?

+ A nation in which the jobs most working-age adults must secure and keep in order to obtain basic goods and services (with the money derived from wages and salaries) are contingent on their employment being considered profitable to their parasitic bosses?

+ A nation that lacks a universal basic income guarantee even as it regularly menaces employees with job- and thus income- (and often health insurance) loss?

+ A nation that makes many millions of senior citizens' retirement savings and incomes contingent on the volatile ebbs and flows of the poorly regulated capitalist stock market?

+ An economy so dependent on constant eco-cidal and parasitic growth that it can't take a 2-3 pause required for public health without requiring another gigantic taxpayer bailout for the obscenely wealthy Few while granting a pittance to the working-class majority?

+ An economy that can't slow down its rate of environmental destruction without throwing tens of millions of people out of work and therefore out of income and in many cases out of health insurance (a really bad thing to lose in the middle of a pandemic)?

Paul Street (www.paulstreet.org and paulstreet99@yahoo.com) is the author of Empire and Inequality: America and the World Since 9/11 (2004), Racial Oppression in the Global Metropolis (2007), Barack Obama and the Future of American Politics (more...)
Related Topic(s): American Culture; American Exceptionalism; American Hypocrisy; Clowns; Dangerous Presidents; Jobs, Add Tags
Add to My Group(s)
Go To Commenting
The views expressed herein are the sole responsibility of the author and do not necessarily reflect those of this website or its editors.