"What do you mean by isolation?" I asked him. 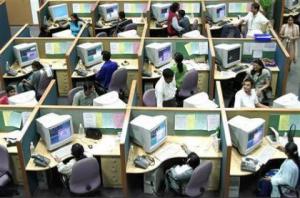 "Why, the isolation that prevails everywhere, above all in our age--it has not fully developed, it has not reached its limit yet. For every one strives to keep his individuality as apart as possible, wishes to secure the greatest possible fullness of life for himself; but meantime all his efforts result not in attaining fullness of life but self-destruction, for instead of self-realization he ends by arriving at complete solitude. All mankind in our age have split up into units, they all keep apart, each in his own groove; each one holds aloof, hides himself and hides what he has, from the rest, and he ends by being repelled by others and repelling them. He heaps up riches by himself and thinks, 'How strong I am now and how secure,' and in his madness he does not understand that the more he heaps up, the more he sinks into self-destructive impotence. For he is accustomed to rely upon himself alone and to cut himself off from the whole; he has trained himself not to believe in the help of others, in men and in humanity, and only trembles for fear he should lose his money and the privileges that he has won for himself.

Everywhere in these days men have, in their mockery, ceased to understand that the true security is to be found in social solidarity rather than in isolated individual effort. But this terrible individualism must inevitably have an end, and all will suddenly understand how unnaturally they are separated from one another. It will be the spirit of the time, and people will marvel that they have sat so long in darkness without seeing the light. And then the sign of the Son of Man will be seen in the heavens". But, until then, we must keep the banner flying. Sometimes even if he has to do it alone, and his conduct seems to be crazy, a man must set an example, and so draw men's souls out of their solitude, and spur them to some act of brotherly love, that the great idea may not die."

-- Dostoyevsky (Last words of the Elder, from The Brothers Karamazov)

Related Topic(s): Socialism, Add Tags
Add to My Group(s)
Go To Commenting
The views expressed herein are the sole responsibility of the author and do not necessarily reflect those of this website or its editors.