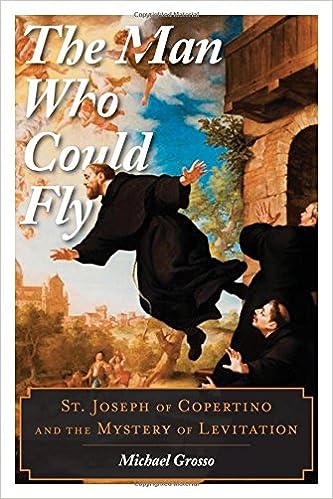 He was no scholar, but he could see the future with uncanny accuracy. His tendency to float up off the ground was an embarrassment to him, and beyond his control, but his levitation was witnessed by thousands of people over many years.

Our world is too small to contain the phenomena that Michael Grosso so meticulously documents in this book.

At one point in the video, Grosso talks about a book review by people who call themselves skeptics, reduced to spouting absurdities rather than allow their science to expand to encompass phenomena that don' fit in the current model.

Related Topic(s): PSI-Parapsychology, Add Tags
Add to My Group(s)
Go To Commenting
The views expressed herein are the sole responsibility of the author and do not necessarily reflect those of this website or its editors.