E. M. Forster wrote a dystopian novella about a world where people live in separate cubicles and interact with others almost exclusively via screens and keyboards. Human touch comes to feel unwelcome and threatening. Artificial Intelligence controls the machines that run the world's production systems, and it is no longer clear whether the machines exist to serve human needs or the humans exist to serve the machines.

The Machine Stops was published in 1909. (audiobook here) 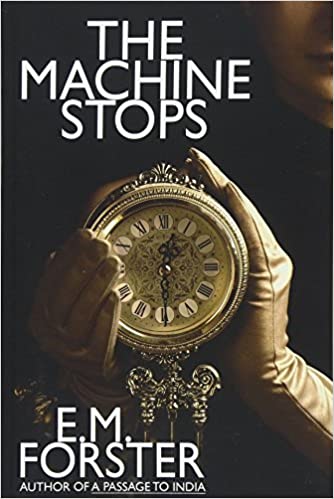 "I have called you before, mother, but you were always busy or isolated. I have something particular to say."

"What is it, dearest boy? Be quick. Why could you not text it to me?"

"Because I prefer direct speech in this case. I want--"

"But I can see you!" she exclaimed. "What more do you want?"

"Oh, hush!" said his mother, vaguely shocked. "You mustn't say anything against the Machine."

Related Topic(s): Facebook; Social Media; Social Media Politics, Add Tags
Add to My Group(s)
Go To Commenting
The views expressed herein are the sole responsibility of the author and do not necessarily reflect those of this website or its editors.