In the early days of quantum mechanics, Paul Dirac figured out that for every kind of particle there is another particle that is the opposite in every way. We live in a world of electrons, neutrons, and protons. But if the world were made of anti-electrons, anti-neutrons, and anti-protons, it would be just the same.

The standard story you hear cosmologists tell goes like this: The recipe for the big bang included a whole lot of matter and a whole lot of antimatter. But for every 2,000,000,000 anti-electrons, there were 2,000,000,001 electrons. And very similar numbers for anti-protons and protons. By the time the universe was a thousandth of a second old, all the anti-electrons had found electrons, and all the anti-protons had found protons and all the anti-neutrons had found neutrons. But there was a tiny residue left over of unpaired particles, and that's what our universe is made of.

There are other possibilities. The obvious one is that maybe we live in a part of the universe where matter predominates, but there are other parts where anti-matter predominates. They just got separated. That's not such a crazy idea, but we run into trouble at the boundaries. Matter will annihilate with the antimatter wherever they mix, turning into two very energetic light particles called gamma rays. According to E=mc2, the gamma ray would have exactly as much energy as the proton has mass, and the gamma ray astronomers have looked for such rays, and we don't find them. 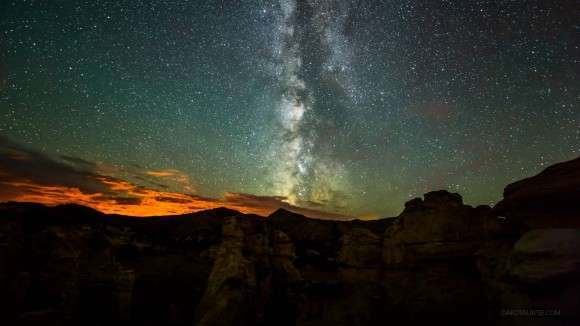 Here's and article and a video by Fraser Cain.

Related Topic(s): Antimatter, Add Tags
Add to My Group(s)
Go To Commenting
The views expressed herein are the sole responsibility of the author and do not necessarily reflect those of this website or its editors.