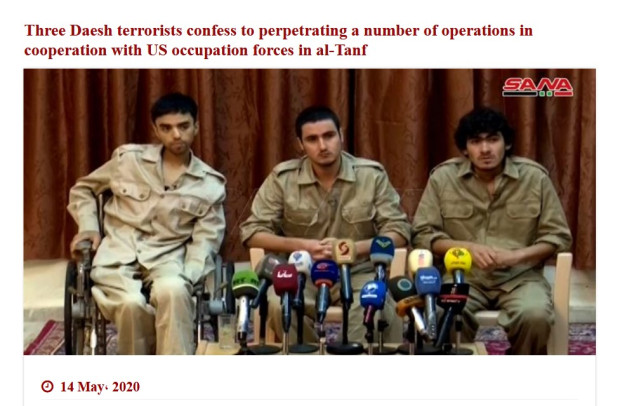 Through a security operation, that was launched in cooperation with Syrian citizens in al-Badyah (Syrian semi-desert), an ambush has targeted a group from Daesh terrorist organization, including 6 persons.

The security operation ended up with killing three of the groups and arresting the three others.

The three terrorists, in a program broadcast on the Syrian TV on Thursday, confessed to perpetrating different terrorist operations, inducing acts of killing, execution, abduction, acts of sabotage and destruction of public and private properties.

Related Topic(s): Daesh; Terrorist Acquittals, Add Tags
Add to My Group(s)
Go To Commenting
The views expressed herein are the sole responsibility of the author and do not necessarily reflect those of this website or its editors.