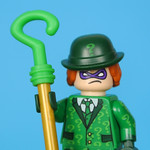 I can almost feel it, the slow death of waiting while the 19th century remote control provided to me by the poverty stricken cable industry slays me... I am trying to access the internet and YouTube via the "smart" TV. Oh sure there are easier ways such as mirroring from another device to the TV what's the point in a smart TV in the first place? If the cable industry is involved with it one will die a slow death waiting for the video... Loading and Loading and Loading.

Such incredible latency...that one second guesses, "did I click return?" Is it frozen? Maybe I should click return again...oh crap it went two menus back from where I was! Now it will take several god awful decades of minutes to get back to the video I wanted to see. Such is the new world of the GooTube. At first I thought that it was a just coincidence, you know, probably just a glitch. Hey! There is JimmyDore. Let's see what he is up to...OK I am at The Tube's Recommended videos, OK, there is the video, select".hmmm, "loading, loading, loading", OK it is finally there...select...and there's Jimmy! He is really giving the MSM hell again, he is calling Rachel out along with other MSNBC clowns and lying fake news bastids- some really hard hitting cussing out! Really good disrespect. I am surprised that he can get away with that...he is starting in on Rachel now, and...uh oh, there it is again, "loading, loading, loading...", its frozen again

Da Glitch is Back...20 long seconds go by, it happens so often now that I sometimes forget to wait in silence and instead find something else to do while it recovers, like brush my teeth, floss...OK so it is not going to recover. I will try a different work around I will back out of GooTube and relaunch, here goes, ^&*()#$ bleeping ad, says that I can skip, in, 4, 3, 2, 1, 0 seconds, OK skip mofo! It's just sitting there frozen. I guess I've learned my lesson, suck it up and let the stupid ad play through".No it is not going to work with me. Oops, I hit the back button twice again, I could be stuck here for eternity...yep that's what it did, kicked me right on the f*out. Think I will try to select "Continue Watching" section and see if it lets me back in"""..yea! It only took twice as long but at least I am in! OK GooTube, let's see you stop me this time. Let's select Continue Watching...dang I have to use this useless remote that scrolls one video every two seconds. I've tried holding down the forward button hoping that it will continue to scroll without me having to click the button...only large enough buffer for one click ahead very modern - one would think that fast forward would be a standard feature on a 21st century remote, wouldn't one? I'll be damned. I've scrolled past a dozen videos and the one I was just watching isn't there. That just created two whole minutes of frustration. Ok, Tube, if you won't save a video under the label Continue Watching when one hasn't finished watching your cotton picking video - where did you hide it? I forgot to mention, the original video has also disappeared from the The Tube's Recommendation list of videos. The algo is working hard! I have a brilliant idea. I will go directly to the channel for the video I want to watch. Aha it worked!! Started right where it croaked out the last time...life is good! Wait a minute... loading, loading, loading, wtf?

And so it goes, choose any of your alternative no bullshit channels that challenge the Man's Narrative and you will find Da Glitch there. In one hand you will have the Da Man's remote for the dumb ass TV with the volume and source selection, in the other hand you will have Da Man's remote for the damn DVD player to select an internet channel or play a DVD. Da Glitch is learning - how to - Glitch us up...probably some AI BS working in the bowels. The latest Tube algo FYup Glitch will stop playback sometimes after 5 seconds or 10 minutes or more into an hour show and go to the next video in its queue! Even the Ron Paul Liberty Report has made the hit list. This is a new thing working in the background. I have tried different work arounds hoping to find one that will always work, but nooooo, the mofo Glitch is nearly fully deployed now. For example, I tried to find a video titled "Why Don Trump Jr. is Toast", a video by Jake Morphonius of the Blackstone Intelligence Network to compare allegations against the Mueller Report...plus how JM believes the Russiagate BS was an Israeli operation to set up Russia. For what purpose(s)? It won't stop the eventual deployment of the Russian S400 in Syria and Iran or the extermination of the terrorist insects in Idlib with their stab-you-in-the-back Turkey government. I was working on that research two days ago. Now it is gone, lost luggage, disappeared like a CIA journalist in a Saudi embassy.

It is time to start saving everything you believe is important to preserve, because if you don't, Da Glitch will snitch on your subversions and then your stuff will get snatched into the no history channel.

Related Topic(s): Glitches; Intelligence; Internet, Add Tags
Add to My Group(s)
Go To Commenting
The views expressed herein are the sole responsibility of the author and do not necessarily reflect those of this website or its editors.