The Times reports that the Justice Department plans to interview senior CIA officers to focus on the allegation that Russian President Vladimir Putin ordered Russian intelligence to intervene in the 2016 election to help Donald J. Trump. DOJ investigators will be looking for evidence to support that remarkable claim that Special Counsel Robert Mueller's final report failed to establish.

Despite the collusion conspiracy theory having been put to rest, many Americans, including members of Congress, right and left, continue to accept the evidence-impoverished, media-cum-"former-intelligence-officer" meme that the Kremlin interfered massively in the 2016 presidential election.

One cannot escape the analogy with the fraudulent evidence of weapons of mass destruction in Iraq. As in 2002 and 2003, when the mania for the invasion of Iraq mounted, Establishment media have simply regurgitated what intelligence sources like Brennan told them about Russia-gate.

No one batted an eye when Brennan told a House committee in 2018, "I don't do evidence."

As we Veteran Intelligence Professionals for Sanity have warned numerous times over the past two plus years, there is no reliable forensic evidence to support the story that Russia hacked into the DNC. Moreover, in a piece I wrote in May, "Orwellian Cloud Hovers Over Russia-gate," I again noted that accumulating forensic evidence from metadata clearly points to an inside DNC job a leak, not a hack, by Russia or anyone else.

So Brennan and his partners, FBI Director James Comey and National Intelligence Director James Clapper were making stuff up and feeding thin but explosive gruel to the hungry stenographers that pass today for Russia-gate obsessed journalists.

Is the Jig Up?

With Justice Department investigators' noses to the ground, it should be just a matter of time before they identify Brennan conclusively as fabricator-in-chief of the Russia-gate story. Evidence, real evidence in this case, abounds, since the Brennan-Comey-Clapper gang of three were sure Hillary Clinton would become president. Consequently, they did not perform due diligence to hide their tracks.

Worse still, intelligence analysts tend to hang onto instructions and terms of reference handed down to them by people like Brennan and his top lieutenants. It will not be difficult for CIA analysts to come up with documents to support the excuse: "Brennan made me do it." 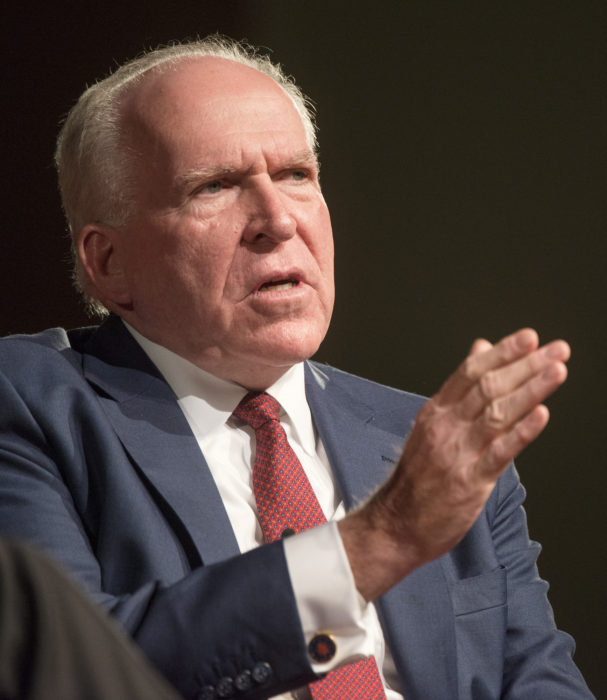 The Times article today betrays some sympathy and worry over what may be in store for Brennan, one of its favorite sons and (anonymous) sources, as well as for those he suborned into making up stuff about the Russians.

The DOJ inquiry, says the Times, "has provoked anxiety in the ranks of the C.I.A., according to former officials. Senior agency officials have questioned why the C.I.A.'s analytical work should be subjected to a federal prosecutor's scrutiny." Attorney General William Barr is overseeing the review but has assigned the U.S. attorney in Connecticut, John Durham, to conduct it.

Ray McGovern works with Tell the Word, the publishing arm of the ecumenical Church of the Saviour in inner-city Washington. He was an Army infantry/intelligence officer and then a CIA analyst for 27 years, and is now on the Steering Group of Veteran Intelligence Professionals for Sanity (VIPS). His (more...)
Related Topic(s): CIA; Election; John Brennan; Justice; Russia-gate; Trump, Add Tags
Add to My Group(s)
Go To Commenting
The views expressed herein are the sole responsibility of the author and do not necessarily reflect those of this website or its editors.