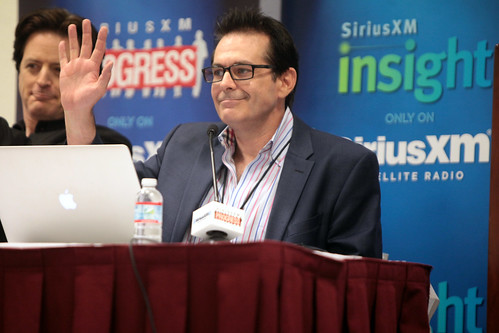 The DNC has taken a stand, that it will not hold any Democratic primary debates with Fox News. They should also take a stand and require the mainstream networks they will be working with to include progressive hosts as co-hosts of the debates.

These alternative media leaders are much better at asking real questions and far less likely to play games like we've sent network hosts have done, such as leaking questions or asking gotcha questions.

Tell the DNC that they have the power to demand that the Networks include these great alternative hosts as part of the debate process. If enough people tell the DNC to include them, we might just get them to do it. There will be twelve primary debates. The DNC could require that alternative media people be included in every one-- even that two of them be included in each.

Related Topic(s): Chelsea Manning; Wikileaks, Add Tags
Add to My Group(s)
Go To Commenting
The views expressed herein are the sole responsibility of the author and do not necessarily reflect those of this website or its editors.