Republished from The Grey Zone 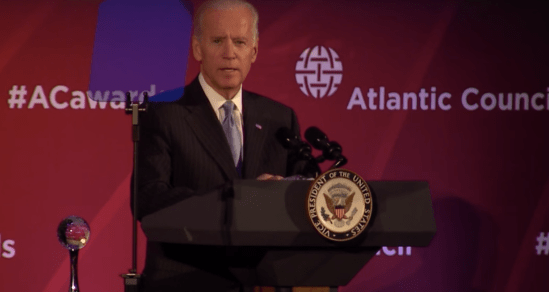 (Image by GreyZone)   Details   DMCA
The shady arrangement between the Atlantic Council and Burisma the gas company at the center of the 'Ukrainegate' scandal is just one dubious deal out of many at a DC think tank that has become a clearinghouse for legal corruption. By Max Blumenthal

With its relentless focus on corruption in Russia and Ukraine, the Atlantic Council has distinguished itself from other top-flight think tanks in Washington. Over the past several years, it has held innumerable conferences and panel discussions, issued a string of reports, and published literally hundreds of essays on Russia's "kleptocracy" and the scourge of Kremlin disinformation.

At the same time, this institution has posed as a faithful partner to Ukraine's imperiled democracy, organizing countless programs on the urgency of economic reforms to tamp down on corruption in the country.

But behind the curtain, the Atlantic Council has initiated a lucrative relationship with a corruption-tainted Ukrainian gas company, the Burisma Group, that is worth as much as $250,000 a year. The partnership has paid for lavish conferences in Monaco and helped bring Burisma's oligarchic founder out of the cold.

This alliance has remained stable even as official Washington goes to war over allegations by President Donald Trump and his allies that former Vice President Joseph Biden fired a Ukrainian prosecutor to defend his son's handsomely compensated position on Burisma's board.

As Biden parries Trump's accusations, some of the former vice president's most ardent defenders are emerging from the halls of the Atlantic Council, which featured Biden as a star speaker at its awards ceremonies over the years. These advocates include Michael Carpenter, Biden's longtime foreign policy advisor and specialist on Ukraine, who has taken to the national media to support his embattled boss.

Even as Burisma's trail of influence-buying finds its way into front page headlines, the Atlantic Council's partnership with the company is scarcely mentioned. Homing in on the partisan theater of "Ukrainegate" and tuning out the wider landscape of corruption, the Beltway press routinely runs quotes from Atlantic Council experts on the scandal without acknowledging their employer's relationship with Hunter Biden's former employer.

This case of obvious cronyism has not been overlooked because the Atlantic Council is a bit player, but because of its success in leveraging millions from foreign governments, the arms and energy industries, and Western-friendly oligarchs to bring its influence to bear in the nation's capital.

The Atlantic Council functions as the semi-official think tank of NATO in Washington. As such, it cultivates relationships with well-established policymakers who take a hard line against Russia and support the treaty organization's perpetual expansion.

Biden has been among the think tank's most enthusiastic and well-placed allies.

In 2011, then-Vice President Biden delivered the keynote address at the Atlantic Council's distinguished leadership awards. He returned to the think tank again in 2014 for another keynote at its "Toward A Europe Whole and Free" conference, which was dedicated to expanding NATO's influence and countering "Russian aggression." Throughout the event, speakers like Zbigniew Brzezinski sniped at Obama for his insufficiently bellicose posture toward Russia, while former Secretary of State Madeleine Albright fretted over polls showing low public support for US interventionism overseas.

In his own comments, Biden emphasized the need to power Europe with non-Russian sources of natural gas. This provided a prime opportunity to Ukrainian suppliers like Burisma and US energy titans. Many of these energy companies, from Chevron to Noble Energy, also happen to be top donors to the Atlantic Council.

"This would be a game-changer for Europe, in my view, and we're ready to do everything in our power to help it happen," Biden promised his audience. 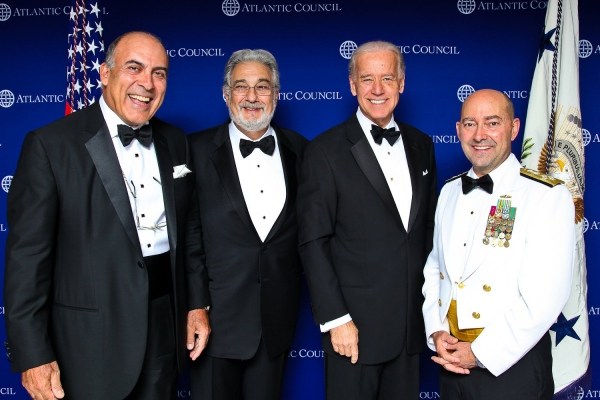 At the time, the Atlantic Council was pushing to ramp up the proxy war against pro-Russian forces in Ukraine. In 2015, for instance, the think tank helped prepare a proposal for arming the Ukrainian military with offensive weaponry like Javelin anti-tank missiles.

Related Topic(s): Hunter Biden; Joe Biden, Add Tags
Add to My Group(s)
Go To Commenting
The views expressed herein are the sole responsibility of the author and do not necessarily reflect those of this website or its editors.