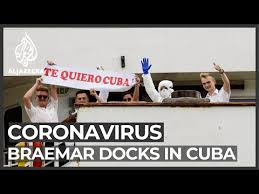 This week's liturgy of the word centralizes the concepts of blindness and darkness on the one hand and vision and light on the other. The constellation of readings is extremely relevant to our situation during this election season and time of Coronavirus.

Taken together, they claim that in the end, the processes of the Loving Universe (aka God) differ sharply from the choices of "the world." While the world chooses the rich and powerful to lead, God chooses the least. What the world calls "seeing" is really blindness enshrouded in darkness. What it calls blindness is deeply perceptive and surrounded in light.

I'll get to those readings in a minute. But before I do, consider the relevance of the readings' unifying theme to our culture's own highly cultivated blindness.

Yes: from birth we're taught to deny what's staring us all in the face. We're actually trained to be blind by our parents, culture, teachers and holy men. That imposed condition is exhibited today as we confront the world's current pandemic crisis brought on by the Coronavirus.

Think of how our politicians both Republican and Democrat want us to deny what we've all seen with our own eyes.

Begin with the Republicans and Mr. Trump. (This is quite amusing.) Mr. Trump actually wants us to believe that he deserves a grade of "A" for dealing with the health crisis that surfaced last December and which he ridiculed, belittled, and mocked all the way up until last week. Despite that clear record, the man's dared to say, "This is a pandemic. I felt it was a pandemic long before it was called a pandemic."

Then there was Joe Biden's admonition last week that we all close our eyes to the achievements of the Cuban revolution. This man was shocked and appalled by Bernie Sanders recognition regarding Cuba that ". . . (I)t's simply unfair to say everything is bad."

"No," Biden insisted, since Cuba is a "brutal dictatorship," it's somehow wrong to recognize the truth acknowledged even by the vice president's own mentor (Barack Obama). Obama said, "The United States recognizes progress that Cuba has made as a nation, its enormous achievements in education and in health care." Biden wants us to forget all of that.

But there's more even apart from the arguable fact that for nearly 20 years, the most brutal human rights violations in Cuba have been carried out by the United States in its heinous hellhole known as Guantanamo Bay.

The "more" is that Cuba is exhibiting much greater humanity and skill in dealing with the Coronavirus than is the United States. That is, even in this time of pandemic, "we" not only refuse to lift sanctions on Cuba, Iran, Venezuela, and the other countries we're punishing for crimes very similar to our own and even surpassed by "friends" such as Israel, Saudi Arabia, Brazil and the Philippines. We're actually intensifying the sanctions in the case of Iran while it's an epicenter of the Coronavirus pandemic. Evidently, for our leaders, there's no recognition of human solidarity that transcends political considerations. They want us to forget that we're all in this together - to be blind.

Meanwhile, Cuba has given docking privileges to a British cruise ship (and medical treatment to its passengers and crew) after those same privileges were refused elsewhere - even by Great Britain's former colonies. Cuban authorities gave permission, they said, out of "humanitarian concerns" and the need for "a shared effort to confront and stop the spread of the pandemic."