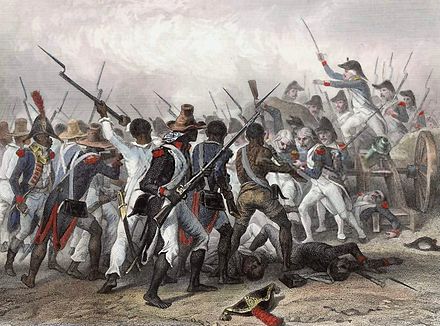 A growing number of voices are criticizing Canadian policy in Haiti and a petition to be read in Parliament on Monday will shine a light on the historical roots of the issue.

In recent weeks many groups and individuals have criticized Canadian support for a dictator who is actively opposed by the overwhelming majority of Haitians. Three current MPs and three former MPs, as well as Stephen Lewis, Roger Waters, David Suzuki, Naomi Klein and 500 others, signed a letter last month criticizing Canada's "support for a repressive, corrupt Haitian president devoid of constitutional legitimacy." As Jovenel Moïse extended his mandate beyond the February 7 deadline that should have ended his presidential term La Coalition Haïtienne au Canada contre la dictature en Haïti was established in Montre'al. The coalition of Haitian community groups' criticism of Moïse'sunlawful appointment of an electoral council and constitutional referendum is backed by many Canadian organizations. The Canadian Labour Congress, Canadian Union of Public Employees, all of Que'bec's major labour unions and its main NGO coalition, as well as numerous other groups, recently signed a statement calling on Ottawa to "stop supporting" Moïse who has criminalized protest blockades as "terrorism" and established a new intelligence agency empowered to infiltrate and arrest anyone engaged in "subversive" acts.

On Sunday Solidarite' Que'bec-Haïti is organizing a demonstration in front of foreign affairs minister Mark Garneau's office in Montre'al and on Monday a petition the group sponsored will be read in the House of Commons by Bloc Que'becois MP Mario Beaulieu. The petition highlights Moïse's dependence on the "Core Group", which includes the representatives of the US, France, Germany, Brazil, Organization of American States (OAS), UN, Spain and Canada. The petition links the creation of the "Core Group" to the "Ottawa Initiative on Haiti".

On January 31, 2003 the Canadian government convened top US, French and OAS officials to discuss Haiti's future. No Haitian representatives were invited to the two-day meeting where they discussed the removal of the elected president, re-creating the dreaded military and putting the country under UN trusteeship. Thirteen months later US Marines forced President Jean-Bertrand Aristide out of the country in the middle of the night with Canadian special forces "securing" the airport from which Aristide said he was "kidnapped". UN forces have been in Haiti for most of the past 17 years and the Haitian military has been re-created.

In what was likely a government-organized trial balloon, prominent journalist Michel Vastel brought the meeting to public attention in the March 15, 2003 issue of Que'bec's L'actualite' magazine. Despite a major outlet reporting on the meeting at the time, the media barely mentioned or investigated the "Ottawa Initiative on Haiti" after the coup. Until last year.

In a 45-minute report tied to the 10th anniversary of the horrible 2010 earthquake Radio-Canada's flagship news program "Enquête" looked back on the Ottawa Initiative on Haiti. They interviewed Denis Paradis, the minister responsible for organizing the meeting, who admitted no Haitian representatives were invited to discuss their own country's future at the get together.

Spurred by Enquête's investigation, the parliamentary petition calls on the federal government to "publish all documents relating to the 'Ottawa Initiative on Haiti'" and to "hold a hearing of the Standing Committee on Foreign Affairs and International Development to learn everything there is to know about the 'Ottawa Initiative on Haiti,' including its link to the "Core Group."

A look back at the Ottawa Initiative on Haiti will help make sense of Canada's role in Haiti. To do the right thing we must understand this country's contribution to the repression facing Haiti's impoverished majority today.