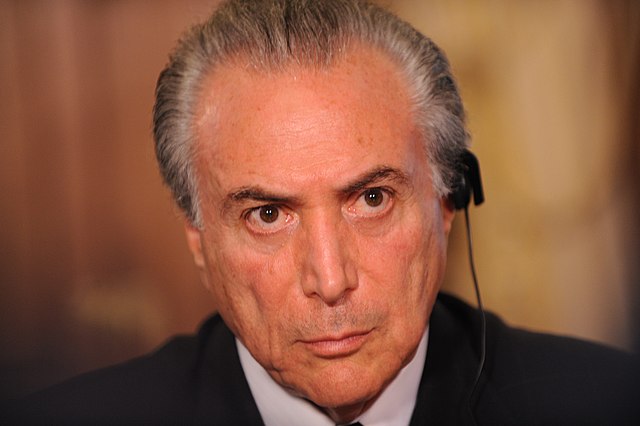 IT HAS BEEN obvious from the start that a core objective of the impeachment of Brazil's elected president, Dilma Rousseff, was to empower the actual thieves in Brasilia and enable them to impede, obstruct, and ultimately kill the ongoing Car Wash investigation (as well as to impose a neoliberal agenda of privatization and radical austerity). A mere 20 days into the seizure of power by the corruption-implicated "interim" President Michel Temer, overwhelming evidence has emerged proving that to be true: Already, two of the interim ministers in Temer's all-white-male cabinet, including his anti-corruption minister, have been forced to resign after the emergence of secret recordings showing them plotting to obstruct that investigation (an investigation in which they, along with one-third of his cabinet, are personally implicated).

Related Topic(s): Brazil Corruption; Brazil Interim President Michel Temer; Impeached, Add Tags
Add to My Group(s)
Go To Commenting
The views expressed herein are the sole responsibility of the author and do not necessarily reflect those of this website or its editors.