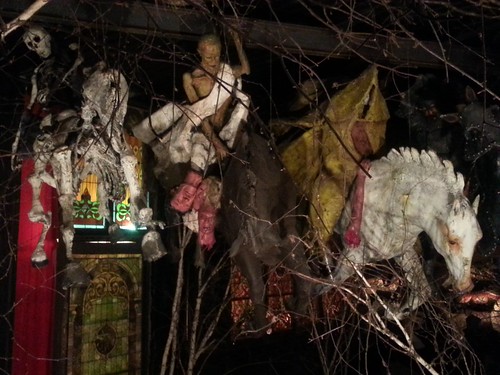 At an increasingly rapid pace, the globe is experiencing the greatest geopolitical shift since the fall of the British empire. The arrangement that the U.S. carved out during the 20th century to fortify its hegemony is falling apart piece by piece, with a thorough collapse of Western imperialism and a new wave of socialist revolutions being increasingly unavoidable outcomes.

Moving towards a breakup for the EU and NATO

Covid-19 is testing the stability of a European Union that's already been on the decline during the last decade. Brexit has shrunk the EU while economically weakening Britain. The power of the EU has been eclipsed due to the rise of Russia and China. The Trump administration's defiance of international treaties, along with his decision to start a trade war with China against the advice of Washington's European allies, have weakened the EU's connections to America. During Covid-19, these rifts within the EU have been furthered.

Germany and the Netherlands have been wary of giving "corona bonds" to Italy, France, and Spain. This disagreement over how to handle the virus has precipitated a capitalism-fueled breakdown in European solidarity, with EU countries either turning down requests for aid or confiscating each other's medical supplies when they reach customs. It's no surprise that Italy joined with China's New Silk Road Initiative last month against the wishes of its allies. These events have given credence to the Serbian president's statement from last month: "European solidarity does not exist. That was a fairy tale. The only country that can help us in this hard situation is the People's Republic of China. For the rest of them, thanks for nothing."

The shift towards a multi-polar world and the geopolitical effects of the pandemic have caused NATO in general to become less unified and coordinated. The supposed "Russia threat" has become less of a priority amid the urgency of Covid-19, at least for the countries that aren't the most set on maintaining cold war military buildup.

Some key decisions have come from Germany, a country that's integral to the effectiveness of NATO due to its location and economic strength. In recent years, Germany has been declining to contribute as much military spending as Washington prefers while turning to Russia for energy and China for technology. Then last month, when Covid-19 created a risk for Germany's armed forces, it began declining to participate in NATO's anti-Russian war games. Norway also cancelled military exercises last month, around the same time when the Pentagon cut funds for war games.

As assessed by Iztok Prezelj, the chair of Defence Studies at the University of Ljubljana, this all reflects a trend among the Western powers to prioritize focusing on Covid-19 over great-power conflict: "Security policy simply is about prioritization of threats and responses, it is impossible to focus on e.g. 5 threats at the same time. Russian threat is in fact put on hold, but it remains there in minds of politicians, strategists and planners. Strategic documents and threat assessments on Russia will not change in this phase of crisis management in the West."

Iraq War architect and former Trump-era war planner John Bolton articulated the empire's anxieties this week, tweeting: "North Korea launched yet another barrage of missiles, bringing their tests this year to five. While the world is busy fighting off a pandemic [north Korea] is rushing at an unprecedented pace to improve its missile and nuclear programs." Bolton can also worry about the increasingly good military position that Venezuela, Iran, China, Russia, and the other regime change target countries are in.

Related Topic(s): Corona Virus Coronavirus Covid-19; Imperialism; Military, Add Tags
Add to My Group(s)
Go To Commenting
The views expressed herein are the sole responsibility of the author and do not necessarily reflect those of this website or its editors.