Check Wikipedia and there are 27 different Covid-19 vaccines in various stages of trials and over 320 in total in different stages of development. The Trump government decided to invest in six of them. This article explores information about these vaccines and some of the processes involved in vetting them and making them available or getting access to them.

A more updated, detailed source version of the above chart is here, and definitely worth checking out.

The first vaccine being made available in the USA is Pfizer's mRNA based vaccine. The next one supposedly coming on line is Moderna's mRNA based vaccine. No vaccine has ever been approved in as fast a time as is happening now. And no MRNA vaccine has EVER been approved for widespread use in humans before. Early tests are positive, but we really don't know too many things.

Already, a number of vaccines have been rolled out into widespread distribution-- in India, Brazil, Russia and the Middle East. 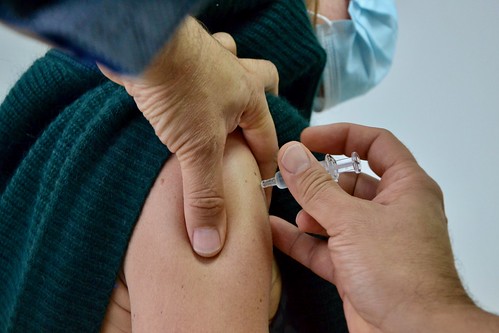 I don't want to be an MRNA vaccine guinea pig which one could say, turns people into GMOs. But I do want to get a vaccine. I'm leaning towards the AstraZeneca or the Johnson and Johnson Janssen vaccines, neither of which use the MRNA approach. But both of those vaccine's trials have been paused because of patient reactions.

I took the NYTimes test to see how long I'll have to wait to get the vaccine. It's in their article, Find Your Place in the Vaccine Line. My place in line varies. If I say I am low risk, then there are about 118 million in front of me. If I consider that I'm overweight, at 215 pounds and 5'11" then there are 23 million people in line ahead of me. I feel pretty healthy but I'm not sure how to categorize myself. Does my GP do it? How does that work if the vaccines are being dispensed at drug chains like CVS, Walgreens, etc.?

Will some people fake their risk status? Probably. It's likely some will fake being at risk so they get the vaccine and some will fake having excuses for not getting the vaccine, especially if they are required to be vaccinated by employers.

An average of 20% of respondents said they'd never get the vaccine-- 32% of Republicans and 7% of Democrats.

The same poll also asked people how they feel about being required to be vaccinated. The exact questions is:

39. If a COVID-19 vaccine is approved by government health officials, do you think your state should make it mandatory for people to get vaccinated, or not?

And the respondent results show that a majority of people in both parties oppose requirements.

Related Topic(s): Corona Virus Coronavirus Covid-19; FDA; Vaccines, Add Tags
Add to My Group(s)
Go To Commenting
The views expressed herein are the sole responsibility of the author and do not necessarily reflect those of this website or its editors.