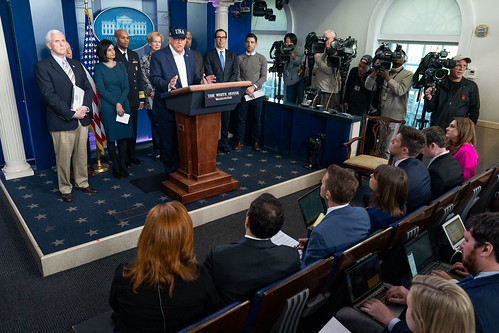 "If you tell a lie big enough and keep repeating it, people will eventually come to believe it. The lie can be maintained only for such time as the State can shield the people from the political, economic and/or military consequences of the lie. It thus becomes vitally important for the State to use all of its powers to repress dissent, for the truth is the mortal enemy of the lie, and thus by extension, the truth is the greatest enemy of the State." Joseph Goebbels - Nazi Minister of Propaganda

The truth is Trump did nothing to prepare the nation for the coming virus which he knew about since November 2019 the earliest, January 2020 the latest. The truth is for 6 to 8 weeks Trump called it a hoax that we had under control. The truth is over 37,000 people died from what he called "a hoax". The truth is you still can't get a test if you want one. The truth is our response to the virus revealed our country is FUBAR.

The truth is we live in a country with a government that puts profits before people and planet. The truth is the world's leading democracy looks more like the fascism of 1930s Nazi Germany when the 4th Reich follows the 3rd Reich playbook on "the big lie". The truth is our system of government demands to be overthrown before that fascism which is the final stage of capitalism comes to America.

I am a fellow traveler passing through this existence trying to stay sane in an insane society while stopping to smell the roses and the garbage as well. I've been a political activist since 1968 when my active duty military experience (more...)

STAY IN THE KNOW
If you've enjoyed this, sign up for our daily or weekly newsletter to get lots of great progressive content.
Series: "Koyaanisqatsi"

The Myth of Our Democracy Exposed

Dear Leader is Above the Law