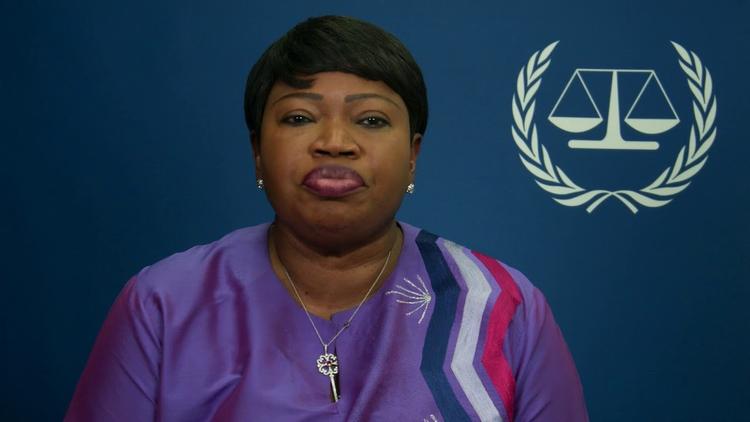 A prosecutor on the International Criminal Court, Fatou Bensouda, has opened an investigation into Israeli and Hamas war crimes, drawing a furious response from caretaker Israeli prime minister Binyamin Netanyahu.

Palestine filed the case in some large part because of the Trump administration's brutal policies against the Palestinians, in which US AID and UNRWA funding was slashed, all of Jerusalem was given away to Israel, Netanyahu was encouraged to steal more Palestinian land faster, and the Israeli army was permitted simply to shoot down innocent unarmed demonstrators at the Gaza border with impunity.

"Today, I announce that following a thorough, independent and objective assessment of all reliable information available to my Office, the preliminary examination into the Situation in Palestine has concluded with the determination that all the statutory criteria under the Rome Statute for the opening of an investigation have been met.

"I am satisfied that there is a reasonable basis to proceed with an investigation into the situation in Palestine, pursuant to article 53(1) of the Statute. In brief, I am satisfied that (i) war crimes have been or are being committed in the West Bank, including East Jerusalem, and the Gaza Strip ("Gaza") (for specifics, see paras. 94-96); (ii) potential cases arising from the situation would be admissible; and (iii) there are no substantial reasons to believe that an investigation would not serve the interests of justice.

"As there has been a referral from the State of Palestine, there is no requirement to seek Pre-Trial Chamber's authorization before proceeding to open an investigation, and I do not seek to do so."

The International Criminal Court operates on a mandate from the Rome Statute, an international treaty instrument signed by most of the countries in the world that supplements the post-WW II Geneva Conventions. Unlike those conventions, the Rome Statute has a judicial arena in which claims of war crimes can be adjudicated. At Informed Comment, we have been watching this story slowly unfold over the past decade.

In 2012, the United Nations General Assembly recognized Palestine as an observer state at the UN, giving it the same status as the Vatican. I pointed out that most of Western Europe broke with the United States to support this recognition.

The Palestinians sought this status after Netanyahu sabotaged President Barack Obama's attempt to achieve a negotiated settlement between the two sides, with George Mitchell as his envoy.

I wrote at that time (presciently if I do say so myself),

"In the law, 'standing' is a crucial concept. Standing dictates who has a right to bring a law suit. You can't proceed with a civil action unless the judge agrees that you have standing. Typically, you couldn't sue on behalf of your cousin if you weren't affected by the alleged tort. Up until now, the 'entity' of the Palestine Authority did not have the standing to bring complaints against Israel to the UN. But Palestine as a UN observer will have such standing, and it could be significant.

"Since almost no one else in the US will do so, let me direct readers to the Palestinians' own position paper on the step. (One of the consistent features of colonialism and Orientalism is that the oppressed are deprived of a voice first of all by being made invisible in mass media and only ever represented by their enemies and detractors. It is very rare that we see an actual Palestinian with good English interviewed about Palestine on American television evening magazine shows.)

"As an 'observer state,' Palestine can join UN bodies and can sign treaties. One it might like to sign is the Rome Statutes that created the International Criminal Court, a body that the United States and Israel, as hegemons, hate the way the devil hates holy water. Being a hegemon means never having to be tried for your war crimes (most of the government leaders prosecuted by the ICC so far have been from weak, despised African dictatorships).

"As a member of the ICC, Palestine could then bring complaints against Israel for its annexation of Palestinian land and practice of Apartheid (which is recognized in the Rome Statutes as a war crime).

"Whereas the US consistently vetoes all condemnations of Israel by the four other UN Security Council members, making sure that the Palestinians are always screwed over, it has no ability to stop the UN committees of the General Assembly, the UNGA itself, or the ICC from criticizing or sanctioning Israel. The US and Israeli tactic has been to prevent any official world body from ever producing a text condemning Israel's treatment of the Palestinians, lest a body of international law grow up that would stand in the way of further Israeli colonization of the Palestinian West Bank, or of its creepy and illegal blockade of the civilians of the Gaza Strip. That tactic is about to be defeated.

"As a member of the ICC, Palestine could then bring complaints against Israel for its annexation of Palestinian land and practice of Apartheid (which is recognized in the Rome Statute as a war crime)."

Related Topic(s): International Criminal Court; Israel And Palestine; Israel Firsters; Israeli Abuse; Netanyahu Indicted, Add Tags
Add to My Group(s)
Go To Commenting
The views expressed herein are the sole responsibility of the author and do not necessarily reflect those of this website or its editors.