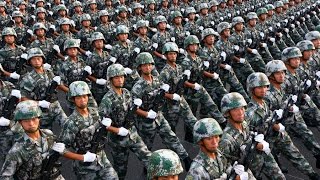 It's open to serious question whether the movement is really a cohesive separatist outfit, with or without Islamist overtones, or a figment of Chinese intelligence imagination.

Related Topic(s): China Politics; Daesh; Maritime Silk Road; Xinjiang, Add Tags
Add to My Group(s)
Go To Commenting
The views expressed herein are the sole responsibility of the author and do not necessarily reflect those of this website or its editors.