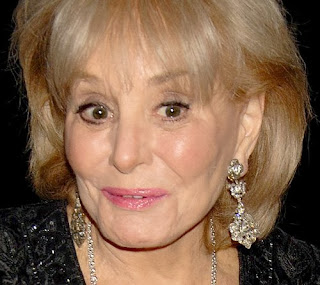 On November 12, 2013, this writer found himself accidentally watching "The View". Within 15 minutes, this writer was enraged by some the the comments being made by Barbara Walters, Whoopi Goldberg, and alleged Republican Joe Scarborough. This writer was so angered, he felt it prudent to wait at least a day to respond.

At the same time, it is illegal for us rank-and-file Americans to make fraudulent misrepresentations to induce another to enter into a contract. Any
contract that a rank-and-file Americans fraudulently induces another to
sign is null and void and unenforceable. America's foundation provides
that "All People are created equal". Another foundation of America is
the principle of the "Rule of Law". Ergo, all people being created equal
are to be ruled by the same set of laws and legal standards. Further,
the natural law upon which this country is founded provides that "Truth
is established by the Individual using their own observations and
reasoning". (Proof Country Founded on Natural  Law http://t.co/rZswNupbeO . )

The margin of passage of Obamacare was so narrow that Obama's admitted lies likely affected the outcome. Being fully informed, the overwhelming
majority of Americans have established truth for themselves and reject Obamacare. Ergo, in a nation predicated on "All People created
equal," the just, honorable, and only course of action is to rehash the
debate with WE THE PEOPLE fully informed and recast the votes.  But,
alas, Obama is not only a liar, but he is a progressive.

(Image by Unknown Owner)   Details   DMCA
Does The View's perspective of reality match yours?

For those unaware, the philosophy of progressive government doctrine is that
masses do not know what is good for them and, therefore, the
progressive educated elite are authorized to lie to the masses to get
them to do what the progressive educated elite proclaim is in their best
interests. (You just can't make this stuff up, research it yourself.)
With the forgoing introduction, all that is left to be said is that
President Obama is a liar. He subscribes to a governance doctrine of
progressivism, which specifically authorizes lying to the masses.  To
wit, at today's press conference President Obama just made some more
misrepresentations and told some more lies to advance the progressive
agenda.  And further, telling WE THE PEOPLE we can keep our present
original healthcare insurance for another year does not make the promise
we could keep your health insurance "period" any less of a lie.

Finally, it just seems to this writer that before WE THE PEOPLE turn  over 1/6th of  the economy to the government, there should be an intellectually honest  debate and vote to do so. Just call me crazy and unreasonable.(sarcasm)

That having been said, even now, this writer feels he has devoted too
many words to today's Obama press conference.

Which brings us to "The View". Ladies and Gentlemen of November 12, 2013's
program, today I will address you with respect as a fellow American,
presuming you have the best interests of rank-and-file Americans at
heart.  This courtesy is only extended to you because at this point
this writer doesn't know whether representations and statements
you made that offended this writer and fellow Americans were made as a
result of lack of knowledge or with intent to align yourself against
the best interests of WE THE PEOPLE.  (President Obama received no such
courtesy as he is fully aware of his duplicitous agenda.) This writer
would ask you to "strike your colors" after reading this article so that
this writer and WE THE PEOPLE may know whether you are friend or foe to
the best interests of rank-and-file Americans. [On this episode of The
View, Barbara Walters, Whoopi Goldberg, Sherri Shepherd, and Jenny
McCarthy were the cohosts and Joe Scarsborough, alleged Republican and
author of "The Right Play", was the guest host.]

That having been said, it angers this writer to the core to hear others assert what his or anyone else's alleged perspective of reality is.  Barbara Walters
barking "They need to stop..."

To continue to read for free, please click here: http://goo.gl/iiY8g9

Those were my thoughts.
In Closing:

Thank you, my fellow citizens, for taking your valuable time to read and reflect upon what is written here.

If what is written here rings true to you, perhaps you should contact
your local elected officials and let them know. If you are afraid of
repercussions, snail mail it anonymously and ask them to respond in the
local paper or their own monthly/quarterly internet newsletter. Even if
this article refers to something outside you geographic area, it still
likely applies to your location. Remember all those taxpayer training
junkets we taxpayers send the bureaucrats on? They all learn the same
"livestock management" techniques to use on WE THE PEOPLE.

Related Topic(s): Obama 2012 Presidential Race; Obamagate; Obamamania; Press Conference, Add Tags
Add to My Group(s)
Go To Commenting
The views expressed herein are the sole responsibility of the author and do not necessarily reflect those of this website or its editors.