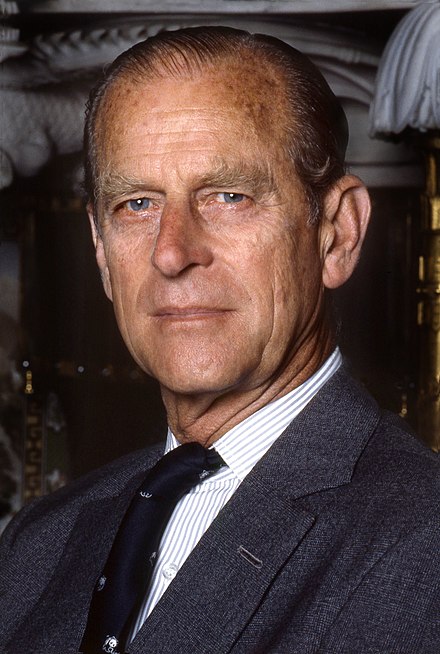 A few lessons to be learned from the wall-to-wall coverage of Prince Philip's death in the British media:

1. There is absolutely no commercial reason for the media to have dedicated so much time and space to the Prince's death. The main commercial channel ITV, which needs eyeballs on its programs to generate income from advertising, saw a 60 percent drop in viewing figures after it decided to broadcast endless forelock-tugging. Audiences presumably deserted to Netflix and Youtube, where the mood of "national mourning" was not being enforced. Many viewers, particularly younger ones, have no interest in the fact that a very old man just died, even if he did have lots of titles.

The UK is one of the world's most propagandised nations on the planet.

Just look at the top of the @BBCNews website or the major "newspapers"' today. pic.twitter.com/mv9si3863X

The BBC, the state broadcaster, similarly ignored the wishes of its audiences, commandeering all of its many channels to manufacture and enforce the supposedly national mood of grief. That even went so far as placing banners on the CBBC channel for children encouraging them to forgo their cartoons and switch to the BBC's main channel paying endless, contrived tributes to Philip. The resulting outpouring of anger was so great the BBC was forced to open a dedicated complaints form on its website. It then had to hurriedly remove it when the establishment threw a wobbly about viewers being given a chance to object to the BBC's coverage.

BBC inundated with complaints over "Too much" Prince Philip coverage https://t.co/1t7YfTyQCr

2. The BBC is reported to have heavily invested in coverage of Philip's death for fear that otherwise it would face a barrage of criticism from Britain's rightwing press for showing insufficient patriotism and revealing a supposed "leftwing bias." That was what apparemtly happened when the BBC failed to grovel sufficiently to the royal family over the Queen Mother's death in 2002. But if that is the case, doesn't it simply underscore how vulnerable the supposedly "neutral" state broadcaster is to pressure from the rightwing billionaire owners of the establishment media?

If Rupert Murdoch and company can force the BBC into alienating and antagonizsing many of its own viewers with endless homilies to a royal little loved by large sections of the population, how else is the BBC's coverage being skewed for fear of the potential backlash from corporate media tycoons? Is the fear of such repercussions also responsible for the BBC's complicity in the recent, evidence-free smearing of a socialist Labour leader, Jeremy Corbyn, or the BBC's consistent failures in reporting honestly on countries like Syria, Libya, Iraq and Venezuela -- all of them in the oil-rich regions of the Middle East and Latin America that the United States and the west demand control over?

If the BBC makes its editorial decisions based on what rightwing and far-right newspaper tycoons think is good both for the country and for the world, then how is the BBC not equally rightwing?

3. The BBC is also reportedly afraid that, if it is not seen to be deferential enough to the royal family, it risks being punished by the ruling Conservative party, which regards the institution of the monarchy as sacrosanct. The BBC's licence fee and wider funding -- which need government approval -- might be in jeopardy as a result.

But that is no less troubling than that the BBC is kowtowing to billionaire media magnates. Because if the ruling Conservative party can wield a stick sufficiently big to dictate to the BBC how and to what extent it covers Philip's death, why can the government not also bully the BBC into giving it an easy ride on its failures to deal with COVID and its cronyism in awarding COVID-related contracts?

At what point does the UK officially become a banana republic? At the point when its health secretary awards a massive contract for medical supplies to his former neighbour and pub landlord? https://t.co/9DPlVXj5DB

Related Topic(s): BBC-News; Corporate Media; Corporate Profits; Death; Media Distortion; Media Guardian; Prince Philip; Propaganda; Royal Family, Add Tags
Add to My Group(s)
Go To Commenting
The views expressed herein are the sole responsibility of the author and do not necessarily reflect those of this website or its editors.