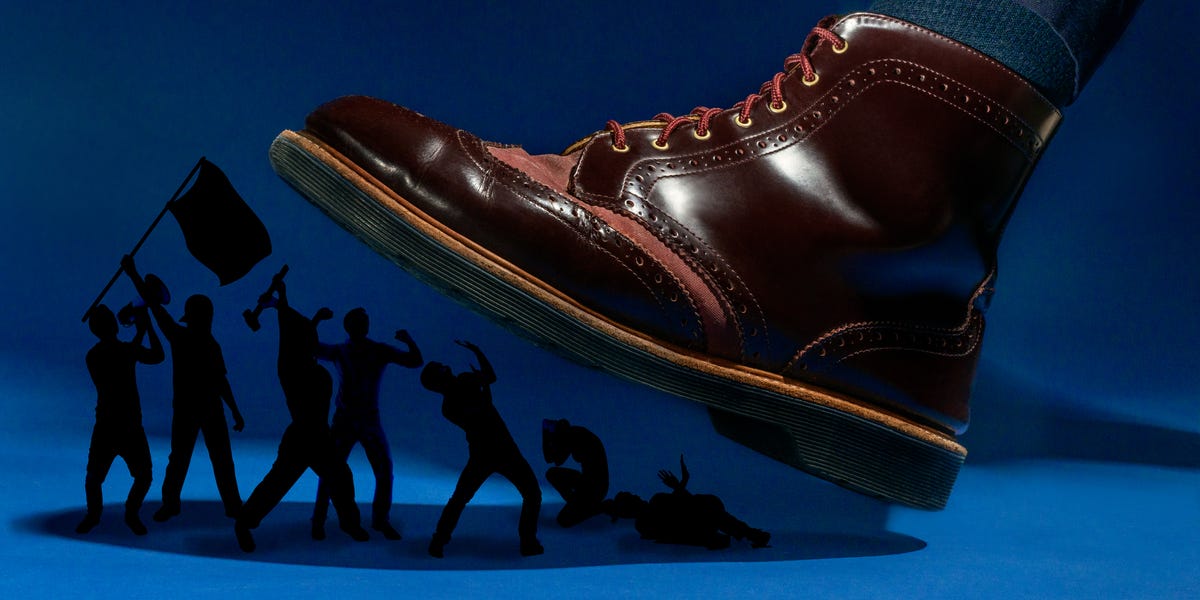 All across the country, right-wing donors are using their money the Supreme Court has determined equals "free speech" to convince angry white Republicans "those people are coming" to rip freedom right out of their hands.

By now, many of us have seen either first hand or via media thousands of Trump supporters protesting Democratic governors' coronavirus shelter-at-home orders.

Brandishing Gadsden flags, American flags, swastikas, rifles, and signs exclaiming "The cure is worse than the virus!" and "Reopen __(fill in state here)__!", protesters believe they are exercising independence defending the independence they have been convinced has been abrogated.

That message has been brought to them by none other than a variety of deep-pocketed right-wing groups who not only want to see Donald Trump re-elected so they can continue enjoying their tax breaks and regulations rollbacks; they also celebrate ordinary citizens tearing each other apart at this time when unity is most needed.

"The outside effort from conservative groups is expected to be led by Stephen Moore, a conservative at the Heritage Foundation who is close with White House economic officials; Jenny Beth Martin, co-founder of the Tea Party Patriots; Adam Brandon, president of FreedomWorks, a conservative advocacy organization; and Lisa Nelson, chief executive of the American Legislative Exchange Council, a conservative organization with ties to the Koch brothers, according to the three people, who were granted anonymity to reveal details of an effort that had not been publicly revealed.

"Part of the impetus for the conservative group effort is political. Many conservatives, who had long counted on a roaring economy to lift the GOP in November, are increasingly uneasy about the party's chances if businesses remain shuttered."

Trump is, of course, encouraging this militia behavior, tweeting:

He tweeted similar incitements for Virginia and Michigan.

Related Topic(s): Coronavirus; Corporate Cash; Corporate Fascism; Money; Pandemic; Protest, Add Tags
Add to My Group(s)
Go To Commenting
The views expressed herein are the sole responsibility of the author and do not necessarily reflect those of this website or its editors.