As AT&T announces holiday layoff of hundreds of workers 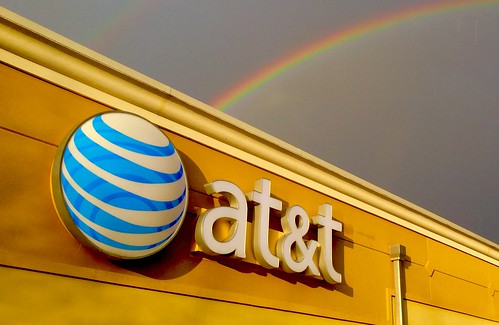 The enactment of the largest tax cut for the rich in modern history has triggered a series of announcements by major corporations that they are going to "do more for their employees" by using a small portion of the windfall to increase wages and pay bonuses.

These actions are cynical in the extreme, as the companies involved are passing on only a fraction of the bonanza they will receive from the slashing of the corporate tax rate from 35 percent to 21 percent. AT&T, for example, is expected to rake in $1.6 billion in additional income next year just from the lower tax rate -- not counting other favorable provisions, whose impact is still unreported -- of which it is setting aside $200 million, one-eighth of the total, to pay $1,000 bonuses to its 200,000 corporate employees.

Meanwhile, the telecom giant is going ahead with the holiday layoff of an estimated 600 workers in five states it announced on December 16. The workers, both indoor and outdoor technicians in Illinois, Wisconsin, Missouri, Michigan, Indiana and Ohio, will be out of a job as of January 4.

In February of 2016, the New York Times, citing "senior executives" at AT&T, reported that the company was planning to slash its workforce by up to 30 percent, or 60,000 jobs, over the next five years. The article quoted CEO Randall Stephenson as advising AT&T workers to "learn new skills or find your career choices are very limited" -- a threat to carry out mass firings.

The actual cost of AT&T's "generosity" will be considerably less than $200 million, since the company will write off the cost of the bonuses as a business expense, reducing its net income and cutting its tax liability accordingly. Meanwhile, workers will pay taxes on the bonuses, slicing the value by $150-$350, depending on their salary level.

AT&T has an additional motive for becoming the first and most prominent corporate endorser of the Trump tax cut. Its proposed $85 billion merger with Time Warner is currently being held up by the Justice Department on anti-trust grounds, amid reports that Trump has demanded that the company sell off CNN as a condition for approval in order to punish the network for what he deems to be overly critical news coverage.

Comcast CEO Brian Roberts announced a similar $1,000 bonus for 100,000 employees. His company owns, among other properties, the NBC television network and its cable affiliates MSNBC and CNBC. While the nominal cost of the bonuses is $100 million, Comcast's haul from the tax legislation could be as much as $1.22 billion from the rate cut alone, besides other benefits.

The four other corporations announcing bonuses, new investments or "corporate giving" linked explicitly to the passage of the tax cut include Boeing, Nexus Services, Wells Fargo and Fifth Third Bancorp. Boeing is a huge government contractor, while Wells Fargo, after a series of corporate scandals, needs to generate favorable publicity and curry favor with the federal regulators and prosecutors.

The two banks said they would increase their minimum wages to $15 an hour, a token gesture given that low-wage jobs such as cleaning and security are already outsourced to contractors. Fifth Third will spend $3 million on employee bonuses, while it stands to net more than $200 million in tax savings from the Trump bill.

Trump celebrated the corporate bonus announcements as vindication of his claims that the tax cut legislation was designed to benefit workers by creating jobs and raising wages. He tweeted Friday morning: "Our big and very popular Tax Cut and Reform Bill has taken on an unexpected new source of 'love' -- that is, big companies and corporations showering their workers with bonuses."

Later in the day, Trump signed the $1.5 trillion bill into law before heading off for Christmas to his private estate and luxury resort in Mar-a-Lago, Florida.

The political strategist for the US Chamber of Commerce was more straightforward about the motivations of these companies. "It's an extremely clever way to get the president's attention," Scott Reed told the Washington Post. "It reinforces his signature legislative success, and it probably gets them some good points inside the White House."

Trump's media apologists at Fox News and the editorial page of the Wall Street Journal celebrated the corporate bonus announcements as though they refuted charges that the tax bill is a handout to the wealthy. But even these media outlets were compelled, in their news coverage, to acknowledge the completely one-sided, pro-corporate character of the tax bill.

Patrick Martin writes for the World Socialist Website (wsws.org), a forum for socialist ideas & analysis & published by the International Committee of the Fourth International (ICFI).
Related Topic(s): American Capitalism; Corporate Cash; Corporate Greed; Corporate Taxes; Sell Out To The Rich; Taxpayers; Trump Tax Bonanza, Add Tags
Add to My Group(s)
Go To Commenting
The views expressed herein are the sole responsibility of the author and do not necessarily reflect those of this website or its editors.