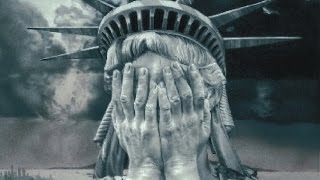 "If, as it seems, we are in the process of becoming a totalitarian society in which the state apparatus is all-powerful, the ethics most important for the survival of the true, free, human individual would be: cheat, lie, evade, fake it, be elsewhere, forge documents, build improved electronic gadgets in your garage that'll outwit the gadgets used by the authorities." ~~Philip K. Dick

Emboldened by the citizenry's inattention and willingness to tolerate its abuses, the government has weaponized one national crisis after another in order to expand its powers.

The war on terror, the war on drugs, the war on illegal immigration, asset forfeiture schemes, road safety schemes, school safety schemes, eminent domain: all of these programs started out as legitimate responses to pressing concerns and have since become weapons of compliance and control in the police state's hands.

It doesn't even matter what the nature of the crisis might be -- civil unrest, the national emergencies, "unforeseen economic collapse, loss of functioning political and legal order, purposeful domestic resistance or insurgency, pervasive public health emergencies, and catastrophic natural and human disasters -- as long as it allows the government to justify all manner of government tyranny in the so-called name of national security.

Now we find ourselves on the brink of a possible coronavirus contagion.

I'll leave the media and the medical community to speculate about the impact the coronavirus will have on the nation's health, but how will the government's War on the Coronavirus impact our freedoms?

For a hint of what's in store, you can look to China -- our role model for all things dystopian -- where the contagion started.

In an attempt to fight the epidemic, the government has given its surveillance state apparatus -- which boasts the most expansive and sophisticated surveillance system in the world -- free rein. Thermal scanners using artificial intelligence (AI) have been installed at train stations in major cities to assess body temperatures and identify anyone with a fever. Facial recognition cameras and cell phone carriers track people's movements constantly, reporting in real time to data centers that can be accessed by government agents and employers alike. And coded color alerts (red, yellow and green) sort people into health categories that correspond to the amount of freedom of movement they're allowed: "Green code, travel freely. Red or yellow, report immediately."

Mind you, prior to the coronavirus outbreak, the Chinese surveillance state had already been hard at work tracking its citizens through the use of some 200 million security cameras installed nationwide. Equipped with facial recognition technology, the cameras allow authorities to track so-called criminal acts, such as jaywalking, which factor into a person's social credit score.

Social media credit scores assigned to Chinese individuals and businesses categorize them on whether or not they are "good" citizens. A real-name system -- which requires people to use government-issued ID cards to buy mobile sims, obtain social media accounts, take a train, board a plane, or even buy groceries -- coupled with social media credit scores ensures that those blacklisted as "unworthy" are banned from accessing financial markets, buying real estate or travelling by air or train. Among the activities that can get you labeled unworthy are taking reserved seats on trains or causing trouble in hospitals.

That same social credit score technology used to identify, track and segregate citizens is now one of China's chief weapons in its fight to contain the coronavirus from spreading. However, it is far from infallible and a prime example of the difficulties involved in navigating an autonomous system where disembodied AI systems call the shots. For instance, one woman, who has no symptoms of the virus but was assigned a red code based on a visit to her hometown, has been blocked from returning to her home and job until her color code changes. She has been stuck in this state of limbo for weeks with no means of challenging the color code or knowing exactly why she's been assigned a red code.

Fighting the coronavirus epidemic has given China the perfect excuse for unleashing the full force of its surveillance and data collection powers. The problem, as Eamon Barrett acknowledges in Fortune magazine, is what happens after: "Once the outbreak is controlled, it's unclear whether the government will retract its new powers."

The lesson for the ages: once any government is allowed to expand its powers, it's almost impossible to pull back.

Meanwhile, here in the U.S., the government thus far has limited its coronavirus preparations to missives advising the public to stay calm, wash their hands, and cover their mouths when they cough and sneeze.

Related Topic(s): Cameras; China; Corona Virus Coronavirus Covid-19; Corporation Google; Mass Incarceration; Mass Spying Surveillance; Police; Surveillance; Technology, Add Tags
Add to My Group(s)
Go To Commenting
The views expressed herein are the sole responsibility of the author and do not necessarily reflect those of this website or its editors.