The 2020 U.S. Census faces new obstacles this year due to the coronavirus pandemic. Given the economic crisis created by the pandemic, the $675 billion in annual federal funding distributed to states will be vital, especially to communities hit hard by the coronavirus. 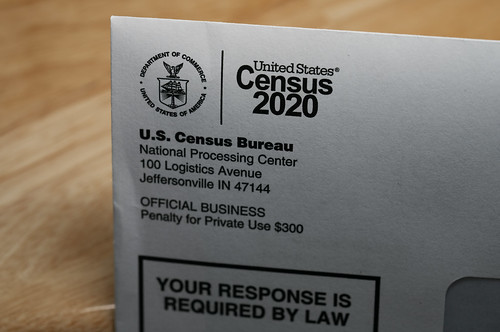 Funds are allocated to individual states based on each state's population count. The census determines funding for schools, roads and bridges, hospitals and fire departments. The census funds Medicaid and Medicare Part B, Section 8 Housing, transit and community development programs, and services for seniors and children.

Fortunately, the census can be filled out online for the first time this year. The questionnaire only takes a few minutes to complete. The census can also be completed by telephone or by mail.

I admit I did not credit the census with the gravity it deserves. The dollar figure of $20 billion my home state of Florida lost in federal funding between 2010 and 2020, due to under-counting 1.4 million people, got my attention. According to Florida Counts Census 2020, Florida had the third-largest number of omissions in the 2010 census. One million Florida kids were missed in 2010. This hurt education for ten years.

In April, census workers will begin field operations to count households that have not responded to the census. Every effort should be made to complete the census in a timely manner to avoid home visits. Filing out the form eliminates the need for a census worker to visit the residence. The coronavirus also places the health and safety of our census workers at risk.

In addition to providing funds for infrastructure and programs, the census determines Congressional Representation and Congressional Redistricting. This influences the power of each state's voice in Washington D.C. There are 435 seats in Congress. Florida stands to add seats, which could have a determining effect in that our state could benefit by additional electors in the electoral college.

The coronavirus and the census create an opportunity for scams and fraud. According to Florida Attorney General Ashley Moody, their office has even received reports of people showing up at homes in white lab coats claiming to be from the Centers for Disease Control offering free coronavirus testing! As far as census scams, this from the Florida Attorney General website:

One way scammers might exploit information is through phishing emails. Phishing is a criminal act in which someone tries to steal information from others by pretending to represent an official or trusted entity, like the U.S. Census Bureau. Phishing emails may try to direct victims to a website that looks real but is actually fake, and perhaps infected with malware. Malware is software that contains viruses or spyware and can infect victims' computers when attached to emails or suspicious websites. Be cautious when opening emails and only open email attachments from known senders.

Another type of scam to be aware of involves criminals who impersonate U.S. Census workers going door-to-door. The aim being to break-in to victims' houses to steal money, property or commit violent acts. Official Census Bureau employees will have badges and ID numbers that can be confirmed by calling 1(800) 923-8282.

The bureau does ask for some personal information, such as the full names and dates of birth for every household member. However, the bureau will not ask questions about how much money is in a bank account, passwords, Social Security numbers, mother's maiden name, work times or other questions that produce answers that might prove useful to identity thieves or cyber criminals.

Irene Parker, MBA opened the first Edward Jones office on the Big Island of Hawaii in 1995. After Edward Jones she worked for CASA of South Central Kentucky from 2009 to 2011, writing court reports and editing volunteer court reports on behalf of (more...)
Related Topic(s): Infrastructure, Add Tags
Add to My Group(s)
Go To Commenting
The views expressed herein are the sole responsibility of the author and do not necessarily reflect those of this website or its editors.

Let's Honor our Veterans - Let's not Defraud Them