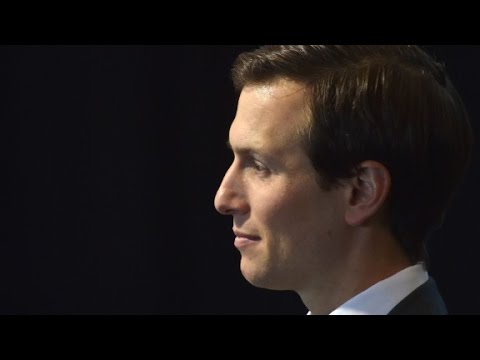 At least 15 tenants in New Jersey and Maryland have been on the receiving end of lawsuits from Kushner-owned properties even after both states declared states of emergency. Govs. Phil Murphy, D-N.J., and Larry Hogan, R-Md., have both called for a moratorium on evictions and courts have been closed, postponing hearing dates for a range of debt collection-related activities.

The Maryland and New Jersey moratoriums on evictions, however, do not prevent debt collectors from filing new lawsuits.

On March 25, Westminster Management, a unit of Kushner Companies, filed a lawsuit requesting sheriff services to enforce an eviction against a man residing at the company's Harbor Point Estate apartment in Essex, Maryland. Days later, on March 30, Kushner's company filed a collection lawsuit against another man in the same complex.

The previous week, on March 19, Oxford Arms, a Kushner-owned apartment complex in Edison, New Jersey, filed six lawsuits against tenants. Other lawsuits have been filed in recent weeks against tenants by legal entities tied to the Whispering Woods complex in Middle River, Maryland; the Cove Village complex in Essex, Maryland; and the Pier Village building in Long Branch, New Jersey all of which are owned by Kushner.

Experts say the continued collection filings and letters threatening financial penalties in the near future could cause undue stress during a period in which Americans are already reeling from the trauma of mass layoffs, social isolation, and health care issues fueled by the pandemic.

"Not being able to sleep, eat, stress with the marriage, and stress with the family is typical for somebody being hounded by a debt collector," said Peter Holland, a consumer rights attorney based in Annapolis, Maryland, "and I can only imagine it's even more typical now."