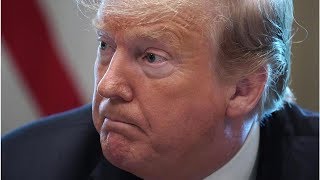 Donald Trump is a conspiracy theorist, but not a kooky or harmless one. He is a far-right conspiracy theorist who made up 10,000 fictions and actively supports the scariest and worst elements of the American Far Right, from Alex Jones of InfoWars to more obscure and even more poisonous nightshades of the internet.

Because of his loss of touch with reality and his partisanship for racist and dangerous nutjobs, Trump spent Saturday morning showing twitter love for some hate speech advocates just banned from Facebook.

Trump's full-throated support for notorious Islamophobes and white nationalists comes just a week after a veteran was arraigned for having run over an American family of Hindu heritage, having believed they were Muslims, in a small town in northern California. And it came about a week after a white nationalist 19-year-old obsessed with white genocide and alleged Jewish plotting against him shot up a synagogue in San Diego county, killing a saintly congregant; the same young man had attempted just the previous month to burn down a local mosque.

As Trudy Rubin at the Philadelphia Inquirer points out, Trump is the enabler in chief of a violent white nationalism that is increasingly bold and menacing. She writes,

"The statistics reveal how much has changed for the worse since Trump. ADL's annual Audit of Anti-Semitic Incidents recorded a total of 1,879 attacks against Jews and Jewish institutions across the USA in 2018, the third-highest year on record since ADL started tracking such data in the 1970s."

Trump not only does not forcefully denounce far rightwing hatred, he excuses it, as he did recently when he defended his comments about "very fine people on both sides" regarding the Neo-Nazi invasion of Charlottesville, Va. in 2017.

Worse, he is dismantling the US government's ability to monitor and deal with the threat. He just disbanded a key domestic terrorism unit in the Department of Homeland Security, to protect his base. Amy Goodman notes, "in a review of 50 murders committed by extremists in 2018, the Anti-Defamation League found 49 came at the hands of right-wing extremists, with white supremacists alone accounting for 39 of the murders."

Trump isn't a doddering old fool. He is a Mussolini of this time, cultivating Brown Shirts and backing those who deploy the rhetoric of racialist hatred.

Someone impeach the mofo, quick!

Related Topic(s): Conspiracy; Facebook And American Politics; Impeach; Trump Anger; Trump Is A Thug; Trump Racist, Add Tags
Add to My Group(s)
Go To Commenting
The views expressed herein are the sole responsibility of the author and do not necessarily reflect those of this website or its editors.