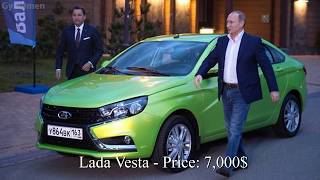 IN THE WAKE of last week's indictments alleging that 13 Russian nationals and entities created fake social media accounts and sponsored political events to sow political discord in the U.S., something of a consensus has arisen in the political and media class (with some notable exceptions) that these actions not only constitute an "act of war" against the U.S., but one so grave that it is tantamount to Pearl Harbor and 9/11. Indeed, that Russia's alleged "meddling" is comparable to the two most devastating attacks in U.S. history has, overnight, become a virtual cliche'.

The claim that Russian meddling in the election is "an act of war" comparable to these events isn't brand new. Senators from both parties, such as Republican John McCain and Democrat Jeanne Shaheen, have long described Russian meddling in 2016 as an "act of war." Hillary Clinton, while promoting her book last October, described Russia's alleged hacking of the DNC and John Podesta's email inbox as a "cyber 9/11." And last February, the always war-hungry Tom Friedman of the New York Times said on "Morning Joe" that Russian hacking "was a 9/11-scale event. They attacked the core of our democracy. That was a Pearl Harbor-scale event."

But the last few days have ushered in an explosion of this rhetoric from politicians and journalists alike. On Friday night's Chris Hayes show on MSNBC, two separate guests -- Democratic Rep. Jerry Nadler and longtime Clinton aide Philippe Reines -- posited Pearl Harbor as the "equivalent" of Russian meddling, provoking a shocked reaction from Hayes:

The Washington Post's Karen Tumulty, complaining about President Donald Trump's inaction, asked readers to "imagine how history would have judged Franklin D. Roosevelt in the aftermath of Pearl Harbor, if he had taken to the radio airwaves to declare that Tokyo was 'laughing their asses off.' Or if George W. Bush had stood in the rubble of the World Trade Center with a bullhorn and launched a name-calling tirade against the Democrats."

Related Topic(s): Election; Media; Politicians; Rhetoric; Russia And Us Conflict; Russia Bashing; Russia Investigation, Add Tags
Add to My Group(s)
Go To Commenting
The views expressed herein are the sole responsibility of the author and do not necessarily reflect those of this website or its editors.