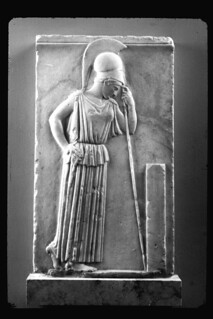 The consensual .rape. of Greece - it's time to put a stop to it.
(Image by Xuan Che)   Details   DMCA

The Eurozone states have just announced their unanimous decision to continue the rape and pillage of the Greek economy with a program of strict austerity and with no agreement on the restructuring of the Greek debt, except for an allusion to a possible relaxation of the time limits on the debt.

Everything that the German Treasury had demanded, except for the Grexit holiday, was incorporated in the final agreement. Tsipras 'won' the right to keep the family jewels in Greece when the fifty million Euro lien on Greek state assets pledged as part of the agreement to cover any defaults was allowed to stay in Greece; however, they are outside his control.

He must get the Greek Parliament to agree to all these demands by Wednesday; before the European national parliaments get to ratify the deal at home and before the three and a half billion debt to the ECB has to be paid on the 20th. Most importantly the Greek government will become a satrap of Brussels with Euro administrators in every Greek ministry offering 'guidance' and with the power of veto of every policy.

At the end of the deal there is still no agreement on a loan to Greece or a rescheduling of Greek debt. What was agreed was a promise to begin discussions with Greece on a possible 'bailout' if all the other conditions were met by the Greek Parliament and ratified by the other parliaments. There is no deal on a Greek bailout; there is a deal to make Greek austerity more biting and, afterwards, the possibility of discussions on a bailout.

In a majestic use of understatement, Tsipras admitted that this deal would be hard to sell to the Greek people. His own Syriza Labour Minister denounced the deal in Athens as it was announced. The Greek trade unions, including those affiliated to the KKE are rousing themselves to oppose this new deal. The Greek students are preparing to take to the street in opposition to the deal. There is little appetite for the program of consensual rape of Greece among the Greek electorate.

What is missing from the Eurozone debate and the humiliation of Greece is any protest from democrats, businessmen, unions, political parties and social groups across the European Union at the shameful behaviour of their politicians.

It is preposterous for these Northern Europeans to seek to diminish the Greeks and Greek society when the Greeks had a thriving and successful intellectual civilised culture for millennia before these rude animal-skin cave dwellers of Northern Europe huddled together to grunt at each other before attacking their neighbours with clubs and iron-age spears.

It surpasses all understanding that the Europeans still haven't learned the lessons of a Germany empowered to rule Europe with their gauleiters and satrapies after two world wars. The European Union and its institutions are not a German possession and only the cowardice and lack of any moral fibre among European politicians allows them to continue their path.

Surely it is time for democrats and Europeans of any moral worth to demonstrate their shame and embarrassment at the behaviour of their elected officials and to try and wrest control back of the European Union to allow it to follow the principles it was intended to achieve at the Treaty of Rome. It is also time that the Greek people stop acting as a supine victim and take back the control of their own lives and future. Rape is rape and no notion of consensuality will ever make it anything else.

Dr. Gary K. Busch has had a varied career-as an international trades unionist, an academic, a businessman and a political intelligence consultant. He was a professor and Head of Department at the University of Hawaii and has been a visiting (more...)
Related Topic(s): Eurozone, Add Tags
Add to My Group(s)
Go To Commenting
The views expressed herein are the sole responsibility of the author and do not necessarily reflect those of this website or its editors.

The Last Gasp Of Françafrique

Hong Kong Democrats and the Triads

Water Scarcity In The Fertile Crescent -- The Other War

The Roots of The Russian Purge of the Baltic Fleet Admirals