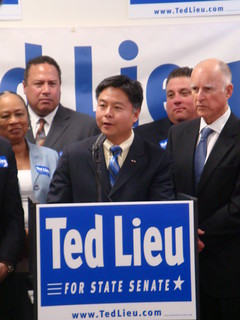 Thank you for meeting with seven members of Jewish Voice for Peace on Thursday July 30th. You were gracious, warm and respectful of our alarm over the possibility that our Congress would actually scuttle a document in which both Iran and the United States agreed to move toward friendship instead of warring enemies. We left feeling happy that you and our little delegation were on the same page.

Imagine our surprise when the next day we saw your press release announcing that you had accepted an offer to visit Israel. Israel??? The nation most vehemently opposed to the peace agreement! The next day???? Was it something we said? Or did you know in advance that you, the only congress person from Los Angeles, would accept that divisive invitation?

I believe you did know.

You say you were invited. By whom may we ask? Is it AIPAC (American Israel Public Affairs Committee) which is paying for this glorious week? AIPAC is the Koch brothers of the Jewish right wing. It is the Dick Cheney, the Rumsfeld, the Mitch McConnell, the Tom Cotton of the hysterical segment of American Jewry. Since AIPAC and its clones, by their own admission, is determined to wipe Iran off the face of the earth, if this peace deal is voted down AIPAC may very well succeed. It's no secret that AIPAC's members contribute mega-millions to political candidates. It is certainly no secret that AIPAC considers the candidates who win those campaigns bought and owned.

I never thought of you as one of them.

I almost forgave you for hiring as your Legislative Director Andrew Lachman, a former President of Democrats for Israel and a relentless mouthpiece for AIPAC. Is he the one

Lila Garrett is an Emmy Award winning writer and host of KPFK Pacifica Radio's popular political talk show, "Connect The Dots," which airs on 90.7 FM in Los Angeles.
Related Topic(s): Iran Treaty; Meddling In Iran, Add Tags
Add to My Group(s)
Go To Commenting
The views expressed herein are the sole responsibility of the author and do not necessarily reflect those of this website or its editors.

Does Israel Speak For The World's Jews?

Congressman Ted Lieu, are you really in bed with AIPAC?