In the 15,000 or 20,000 days these young people have, it will be their responsibility to stop the following omnicidal threats to humanity and the natural world 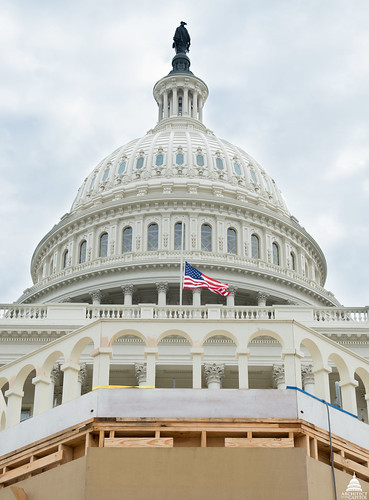 On a beautiful, breezy day last week, I spoke to a roomful of Congressional summer interns working in the House of Representatives. The subject was "Corporate Power, Congress and You." ("You" referred to the interns as the citizenry).

I noted that they were a special group because they were willing to spend an hour listening to a talk about corporate power. I told them about how small groups of ordinary citizens became leaders in the nuclear arms control movements, the anti-tobacco drives, and consumer rights movement. I also talked about the expansion of equal rights and opportunities for people with disabilities. I took note that many of them in the room -- women and people of color -- would not be there if not for their predecessors' tireless efforts to advance civil rights.

No more than one percent of Americans -- sometimes far less -- made the many advances in peace and justice take hold, backed by a growing public opinion.

In the 15,000 or 20,000 days these young people have, it will be their responsibility to stop the following omnicidal threats to humanity and the natural world:

I continued my remarks about how corporations have been given by the Federal Courts the same rights as human beings. Even though, neither the words "corporation" or "company" ever appear in our Constitution. Add this corporate "personhood" to the expanding privileges and immunities of corporate power, in these times of corporate crime waves, and equal justice under law between U.S. citizens and Exxon/Mobil or Pfizer or Wells Fargo is a cruel mockery.

I told the students to look at the fine print contracts they sign or click on that have taken away their precious freedom of contract and sometimes their historic right to pursue wrongdoers in court.

What is worse, youngsters grow up "corporate" rather than grow up "civic." Think of all the corporate ads they are subjected to that are not contradicted. Young people don't even realize what has been stripped away from their rightful protections.

Interns are spending the summer with Congress -- the smallest yet most powerful branch of government in the Constitution -- where some 1,500 corporations have undermined the peoples' delegated power. These corporations rent or own a majority of the Senators and Representatives and tell them how to vote on many serious matters.

Related Topic(s): Congress; Congress Spending; Congressional Ethics; Congressional Reports; Interns Internships; Meeting, Add Tags
Add to My Group(s)
Go To Commenting
The views expressed herein are the sole responsibility of the author and do not necessarily reflect those of this website or its editors.